A country where nature has created its own kaleidoscope and where every day brings an adventure, challenge or discovery; however, the best thing of all is that Botswana is one of the few places in Africa which remains completely unspoilt.

This wild and staggeringly beautiful landlocked country, which nestles in the heart of Southern Africa, offers a truly African experience. Nowhere else will you find such a mix of silent deserts, mysterious waterways, plains of abundant wildlife and endless savannahs. Nearly half of the country is given over to national parks, reserves and private concessions, which makes for an excellent safari experience. The north of Botswana is especially renowned for wildlife at the Okavango Delta and Chobe National Park where low-impact luxury tourism ensures game-viewing areas rarely feel crowded.

The Okavango Delta, situated deep within the Kalahari Basin, is often referred to as the 'Jewel of the Kalahari' and is one of Africa's great natural wonders. Shaped like a fan the Delta is fed by the Okavango River, the third largest in Southern Africa and a journey through the Okavango Delta is like no other. Lush vegetation, palm and papyrus-fringed waterways support a region rich in wildlife with large populations of mammals and excellent birding particularly in the breeding season. Species include elephants, buffalo, hippopotamus, giraffe, crocodile, lion, cheetah, leopard, hyena, rhinoceros, zebra and baboon.

Another highlight of Botswana is Chobe National Park, which has one of the largest concentrations of game anywhere in Africa and is particularly well-known for its vast herds of elephants – it's not uncommon to see between 500 and 1,000 elephants on the floodplains at one time. There are four distinct geographical zones in the park: Chobe Riverfront, the Ngwezumba pans, Savute and Linyanti. The most accessible and frequently visited is the Chobe Riverfront where elephant and buffalo converge to drink, particularly during the dry winter months. Driving the loops that hug the river you may see up to 15 species on any one game drive, including waterbuck, giraffe, impala, monkeys, lion, hyena and leopard. Take a river cruise and you'll experience the park and the animals from another vantage point. You'll also get up close and personal with hippo, crocodile and an array of water birds.

Chobe's' location close to the border with Victoria Falls also gives the option of combining a stay beside the falls with a safari tour of Chobe National Park or perhaps a leisurely cruise aboard the luxury Zambezi Queen houseboat.

Call and speak to one of our travel experts who have experienced Botswana personally.

Maun is approximately 13.5 hours from the UK flying via Johannesburg. The most popular way to visit Botswana is as an add on to a South Africa holiday. Chobe can also be accessed by roads from Victoria Falls in around 2 hours.

Chobe’s peak game viewing season is from May to October, however the warm, rainy months of December to March are the best time to visit Chobe for bird watching and to see the Savute zebra migration. The Okavango Delta is a year-round safari destination however June to August is high water season so brings the best opportunities for boating and canoeing safaris. Bird watching is available year-round.

A tourism levy of $30 is payable at all ports of entry including airports and border posts. 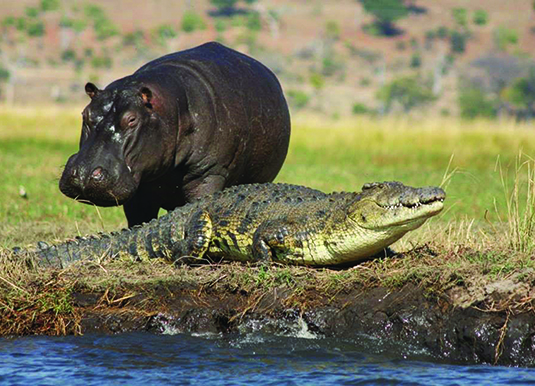 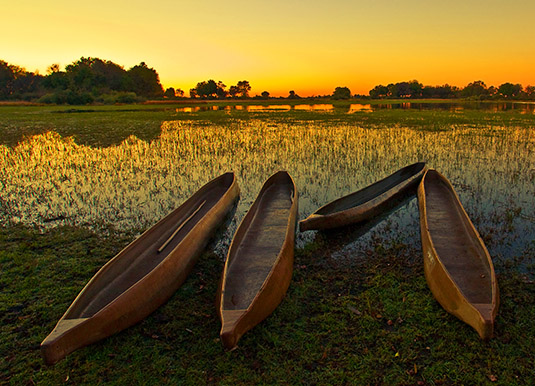