Located on the south coast of China, just 40 miles from Hong Kong, Macao was a Portuguese territory from the 16th century until 1999 when it became a Special Administrative Region of China. Its blend of Chinese colour and Portuguese heritage is intoxicating and both influences are still very much in evidence and, with everything contained in a relatively small area, it’s easy to make the most of this unique destination.

Where else can you walk down a lane fizzing with the bustle and energy of Chinese streetlife before calling into an authentic Portuguese restaurant? Where else can you spend the afternoon sipping coffee in a cobbled, tree-shaded square and the evening enjoying nightlife as grand and glamorous as that in Las Vegas? And, where else can you see giant pandas, attempt bungee jumping, feast on Michelin-starred cuisine and admire UNESCO-listed buildings all on the same day?

Also, not to be missed is the enchanting former fishing hamlet of Taipa Village. Here you can while away the hours wandering through the cobbled alleys, feasting on tantalising cuisine and browsing the gift boutiques or lifestyle stores. Further south at Coloane Village discover historic streets and plant-bedecked houses along with waterfront walks, pretty piazzas as well as two beaches and a golf course too.

At the Macau Tower, which stretches high above the skyline, you’ll be bowled over by the far-reaching views of the city and surrounding area. Whilst there, those in search of an adrenalin kick will find four high-altitude challenges, including one of the world’s highest bungee jumps! At the Macao Giant Panda Pavilion enjoy the chance to see these incredible creatures up close, or for an insight to the city’s heritage, visit the superb Macao Museum.

After dark, Macao’s entertainment scene roars into life, whatever the night of the week. Choose from spectacular shows such as the enthralling House of Dancing Water; a fantastic array of drinking venues from glamorous cocktail bars to local spots with live music or rooftop terraces where you can watch the sunset; stylish clubs with music for every taste and, for those that fancy a flutter, modern casinos to rival those in Vegas.

With Macao’s unique history, it’s no surprise that this is the place to dine out on superb Chinese and Portuguese dishes, along with the local Macanese fusion cuisine. From fine dining in luxury hotels to traditional neighbourhood eateries, even the most dedicated foodie will be impressed.

Let Premier Holidays help you discover why Macao is the ideal add-on to an Asian itinerary or trip to Australasia.

Call and speak to one of our travel experts who have experienced Macao personally. 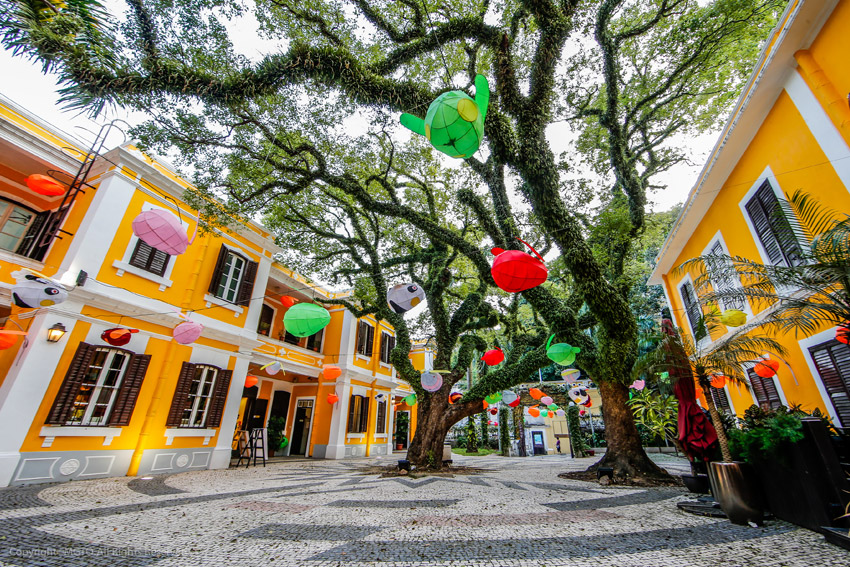 Where to stay in Macao

The Macao Pataca, although the Hong Kong Dollar is also accepted.

Most UK visitors tend to fly to Hong Kong, then catch the one-hour ferry across to Macao or travel via a 45-minute shuttle bus across the Hong Kong-Zhuhai-Macao Bridge, the world’s longest sea-crossing bridge. Alternatively, flights are available from a large number of Asian destinations including Bangkok, Kuala Lumpur, Singapore and Bali.

Macao has moderate climate conditions throughout the year, with an annual average temperature of around 20ºC. October to December is when you can enjoy warm days with low humidity. January-March are colder but still generally sunny while the rainy season falls between May and September with higher humidity and the possibility of typhoons.

Most popular in Macao