Located an hour's drive north of Phuket in mainland Phang Nga province, Khao Lak has long, long expanses of sandy beach bordered by the mountains of the surrounding national parks. It's not difficult to understand Khao Lak's appeal when you are greeted by unspoilt landscape of beaches, jungle-clad mountains, forested valleys, mangroves and estuaries. It's a place to take it easy, read a book and get back to nature, albeit with a few comforts!

Khao Lak's pristine beach area spans for some 18 miles from the Thap Lamu pier area in the south towards Bang Sak in the north. Nang Thong is considered the true centre of the Khao Lak area and is where the largest number of resorts and restaurants are found. Bang Niang beach, lying to the north of Nang Thong, is also popular but has a quieter feel, while further north Khuk Khak, Pakarang and Bang Sak areas have some excellent resorts and less crowded beaches.

Resplendent with rich natural attractions Khao Lak borders five spectacular national parks including Lam Ru National Park, a medley of sea cliffs, beaches, forested valleys and mangroves as well as the natural habitat of wildlife such as gibbons, tapirs and Asiatic black bears. Within the parks too there are many waterfalls to explore, including Lampi, Pakweep and Ton Prai, all of which offer refreshing pools for swimming.

Khao Lak is also a convenient departure point for a trip to the Similan Islands, a group of rocks and islands, which can be reached in about an hour by speedboat. The area was declared a national marine park in 1982 and the turquoise waters teem with colourful coral, exotic fish and sea mammals, making it a popular haunt for divers and snorkelers.

Restaurants and nightlife tend to centre around Bang Niang and Nang Thong Beach, and while Khao Lak is definitely not the place to come for those seeking a glitzy party scene, the selection of bars and restaurants give the opportunity to go out and meet fellow holidaymakers. La On is the main shopping, dining and nightlife hub of Nang Thong Beach and the strip of restaurants, bars and shops begin to come alive as the sun begins to set.

Call and speak to one of our travel experts who have experienced Khao Lak personally. This picturesque, unassuming resort is set on the side of a tree covered slope with steps leading to a glorious white sandy beach

There are no direct flights from the UK to Khao Lak. From Bangkok, fly onwards to Phuket (approximately 1 hour 20 minutes) and then travel by road to Khao Lak which takes about an hour.

The most popular time to visit is between November and March when temperatures typically reach 32ºC and humidity is lower. The hottest months are April and May when the temperature can rise to 36ºC and there can be short heavy thundery showers. June, July and early August are less hot with generally fine weather and plenty of sunshine between brief heavy downpours. By the end of August through to October inclusive the wet monsoon sets in, but even then there are long sunny intervals between the heavy showers. 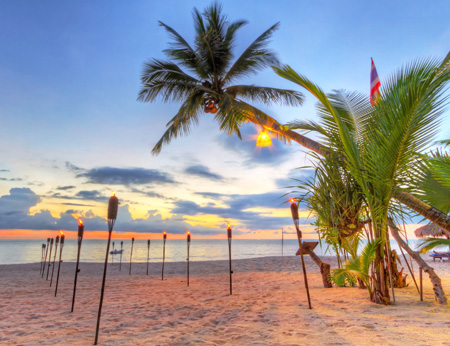 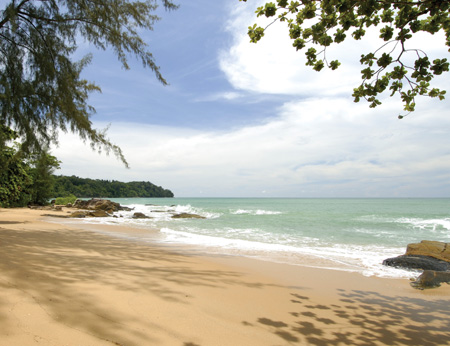 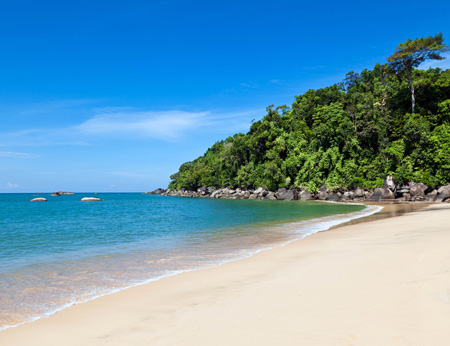