Situated just 9 miles off Koh Samui, the island of Koh Phangan is synonymous with its famed Full Moon Parties, which take place on Haad Rin Beach on full moon night, but there's so much more to this island. Away from Haad Rin Beach, this is a tranquil place, where you can rest under a shady coconut palm on a white sand beach and drink in the beauty that surrounds you.

Having been a haven for backpackers for many years Koh Phangan now welcomes all travellers, from couples seeking a romantic retreat to families, each tempted by the picturesque bays, swaying palms and aquamarine waters. At the island's heart is mountainous jungle, much of which has been classified as a National Park. There's also an abundance of wildlife along with 20 local dive sites highlighting the amazing underwater world of vibrant coral.

Thong Nai Pan Noi in the north east of the island is immensely beautiful with a softly curving white sand bay surrounded by mountains covered in lush tropical rainforest. Whilst our featured resorts offer a choice of dining options, there are also a small selection of bars and restaurants in the nearby small village.

If you can tear yourself away from the beach and want to see more of the island, there are several natural attractions including Phaeng Waterfall or Thaan Sadet Waterfall and Khao Ra, which is the tallest mountain on the island, where guided treks are available. Cultural places of interest include the Chinese Temple, Wat Phu Khao Noi which is the oldest temple on Koh Phangan, Jade Buddha and Wat Pho where the monks operate a traditional herbal steam sauna.

Call and speak to one of our travel experts who have experienced Koh Phangan personally. 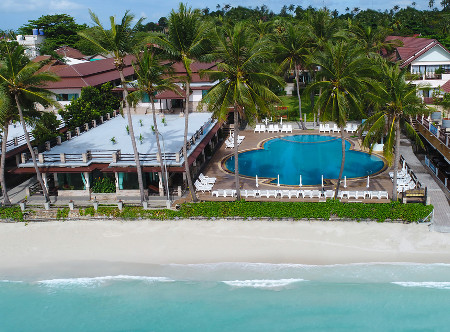 Perfectly placed beside Haad Riu Beach right in the heart of the action.

There are no direct flights from the UK to Koh Phangan. Fly to Bangkok and onwards to Koh Samui. Transfer by road from Koh Samui airport to the pier (10 minutes), followed by a boat transfer, which is operated by the resort and takes approximately 30 minutes. However, if the weather is inclement (Nov-Dec) it may be necessary to take a 30 minute public ferry then a 45 minute transfer on uneven road.

December to February is Koh Phangan’s cool season, however temperatures are still up to 30ºC, with brief showers in December. March to June is the hot season where there is little or no rain and temperatures in the mid 30’s. July to September is pre-monsoon so expect hot temperatures and occasional rain. October to November/December is the rainy season, however even then it doesn’t tend to rain all day. 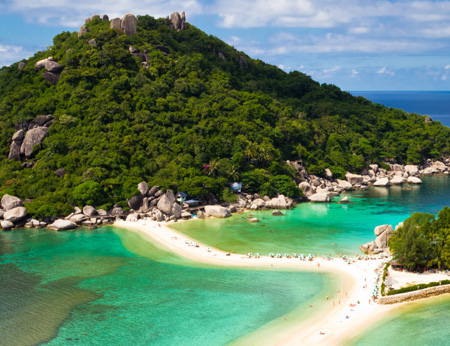 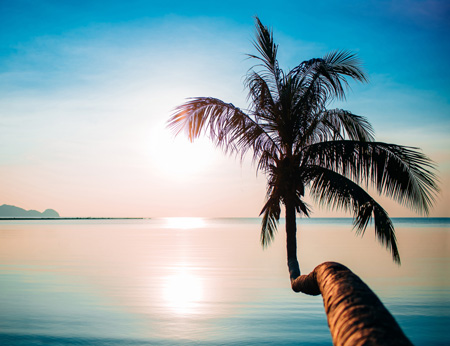 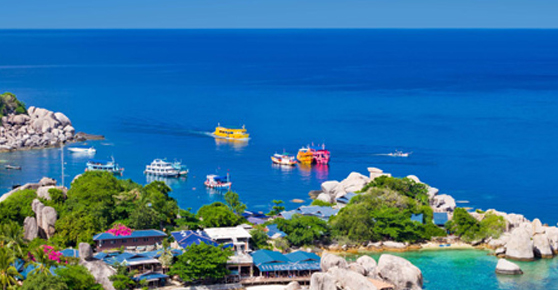 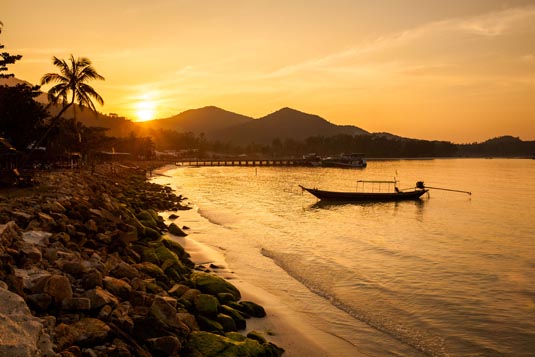 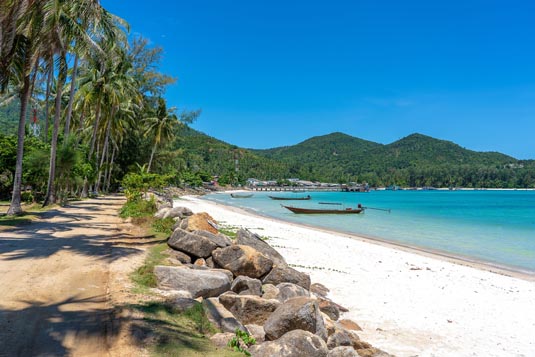