Lying on Vietnam's central eastern coast, Hoi An is a charming ancient trading town whose Old Town became a UNESCO World Heritage Site in 1999 in an effort to preserve the historic architecture, which is an eclectic mix of Vietnamese, Chinese, Japanese and European influences. Add to this stunning beaches just ten minutes drive away and it's easy to understand Hoi An's appeal.

The narrow streets of this historical showpiece comprise Chinese temples, grand merchants houses, pagodas, wooden shophouses, French colonial villas and old canals criss-crossed by bridges. Many of the houses have been restored and are characterised by polished wooded floors, intricately carved doors, shutters and antique furniture. It's well worth taking the time to linger a while and catch a glimpse of the real life lurking behind the facades, or take an outside seat at one of the many cafes and restaurants to watch the hustle and bustle of the locals.

Happily, all of Hoi An's major attractions are located within walking distance of each other and include the iconic 16th century Japanese Covered Bridge, the Chinese assembly halls and Tan Ky House. While easily walkable, a cyclo tour is a traditional and fun way of exploring this ancient riverside town. Alternatively, you may wish to hire a bicycle to explore at your leisure and can also take an enjoyable half an hour ride along the picturesque country road to Cua Dai Beach. This wide expanse of white sands is lined with several resorts and is the perfect place to relax after exploring the hustle and bustle of Hoi An. Cua Dai Beach is also just a short speedboat ride from the Cham Islands archipelago, one of the finest diving spots in central Vietnam.

Hoi An is renowned for its shopping, particularly the plethora of skilled tailors, where you can purchase custom-made suites, shirts and dresses. The streets are also lined with shophouses and stalls selling handicrafts, jewellery and traditional clothing while the vibrant central market is filled with locals haggling for fresh produce and foodstuffs. You'll also discover an assortment of art galleries.

The pedestrian-friendly riverside streets are transformed after dark as hundreds of old-fashioned silk lanterns are lit to create a lovely ambience. Dining options are many and varied with some of the best dining outside of the big cities available, be it cheap eats from a street stall or fantastic five star feasts. You'll find a variety of trendy bistros, cafes, bars and live music venues within the Old Town as well as on the riverfront.

Why visit Hoi An?

Call and speak to one of our travel experts who have experienced Hoi An personally.

Essential facts about Hoi An

There is no airport in Hoi An. The neighbouring city of Danang has daily flights from Hanoi, Ho Chi Minh City Siem Reap and is just 30 minutes drive away.

Hoi An has two main seasons, rainy and dry, with average year round temperatures of 29ºC. The dry season from February to May brings temperatures in the mid to high 20ºs, low humidity, less rainfall and warm sunshine. June to August brings the highest temperatures and higher humidity. The rainy season lasts from September to January when you can expect heavy downpours. 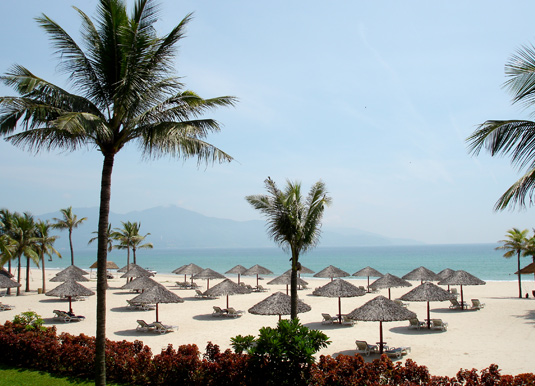 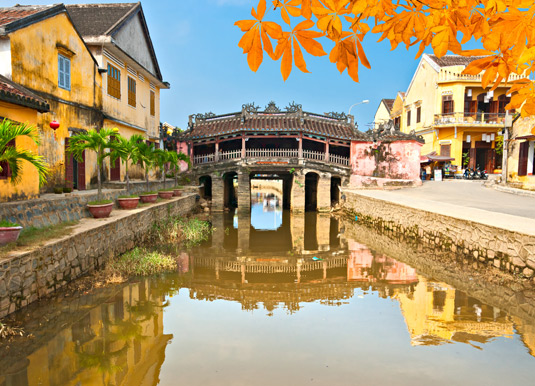 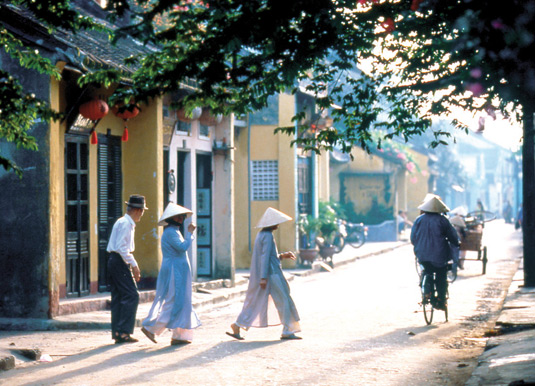