Romantically christened the "teardrop of India", Sri Lanka was named Lonely Planet's top destination for 2019. Full of surprises, the island has history spanning 3,000 event-filled years, nine UNESCO World Heritage Sites and an unbelievably diverse culture. Spectacularly set amongst lush, green and picturesque mountains lined with tea plantations and alongside golden, sandy beaches, Sri Lanka would appear to have it all.

As far as beaches go, Sri Lanka has lots to shout about, from undeveloped shores and romantic hideaways to fun sociable hubs, family-friendly sands, endless watersports and surfing hotspots.

Heritage also reigns supreme, with dozens of impressive cities, sacred sites and ancient monuments, particularly in the Cultural Triangle, which stretches between the great Sinhalese capitals of Anuradhapura, Polonnaruwa and Kandy, whilst also encompassing Sigiriya and Dambulla. Colombo, the dynamic capital is well worth getting to know, with its colonial architecture, photogenic temples, sizzling street stalls, bustling markets and vibrant atmosphere.

Sri Lanka’s wild side can be experienced at its many national parks. Yala and Wilpattu are top havens for leopards, Uda Walawe is a prime location for elephants and, at little known Gal Oya, boat safaris take you in search of swimming elephants. Sinharaja is Sri Lanka’s only remaining primeval rainforest and for a truly outstanding sight, don’t miss the annual Elephant Gathering (August-September), when wild elephants hang out in Minneriya National Park.

In the ocean, whale and dolphin sightings are possible from November to April in Mirissa and Kalpitya, or from March to April in Trincomalee. Sea turtles can also be seen year round in Kosgoda or Rekawa.

In the cool central highlands, the landscape of lush green tea plantations carpeting the hills is mesmerising. At its heart is Nuwara Eliya, where the tea pickers’ colourful saris dot the hills, restored colonial-era bungalows evoke a bygone era and a cuppa has never tasted so good.

Indian Ocean gems such as the Maldives combine perfectly with Sri Lanka, otherwise stop en route in the Middle East for a taste of Arabia.

Call and speak to one of our travel experts who have experienced Sri Lanka personally.

Colombo is approximately 11 hours (non-stop flights) from the UK.

The monsoon winds bring rain to the country at different times, making Sri Lanka’s beaches a year round prospect. The south western coast is sunny and the sea calm from November to March, while the east coast is best from April to October.

A wonderfully personalised walking tour through the city of Colombo with guide Mark Forbes or one of his trusted friends. Witness some of the amazing architecture the Dutch and English left behind, walk along the old colonial streets, seek out former mansions and pass several notable landmarks. Available from Colombo. 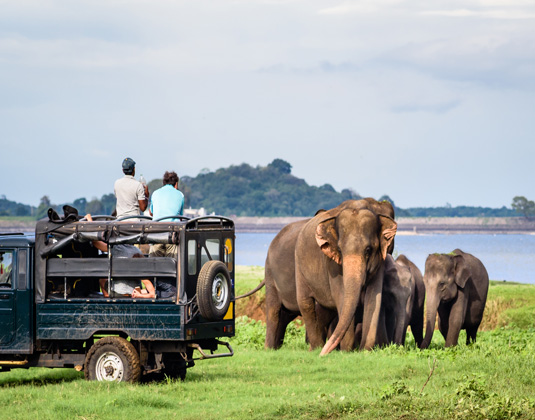 Minneriya National Park may be relatively small but is home to a range of wildlife including deer, monkeys and hundreds of birds. It’s also a superb place to observe herds of elephants bathing or grazing on the grasses, partiuclarly during the dry months (Jul-Oct) for the ‘gathering’ when they migrate here in search of water and fresh grass. Available from Chilaw (approx 2 hours drive). Also available from Habarana, Sigiriya and Kandalama.

Explore the UNESCO World Heritage site Galle Fort with a local resident whose family has lived and worked here for generations. Wander the maze of narrow cobblestoned streets lined with colonial period buildings and old merchant houses then walk along the sturdy ramparts looking out to sea and visit colonial period churches, the lighthouse and museums. Available from Galle. Wilpattu is one of the largest national parks in Sri Lanka and widely regarded as one of the best places to spot leopard in its natural habitat. The park is comprised of lakes called ‘Villu’ surrounded by grassy plains set within scrub jungle and along with leopard is home to elephant, sloth bear, deer and water buffalo. Available from Chilaw (approx 2 hours drive). Also available from Habarana, Sigiriya, Kandalama and Ulagalla. 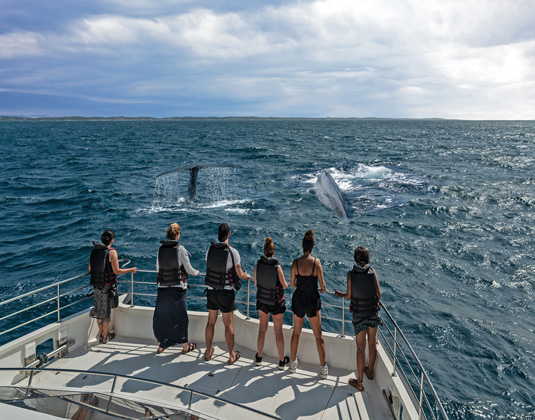 A half day excursion during which yoy may spot blue Whales, sperm whales, dwarf sperm whales, spinner dolphins, striped dolphins or Indo-Pacific bottlenose dolphins. Available along the south west coast from Nov-Mar while the east coast off Trincomalee is preferable from Mar-Apr. Dolphins can be seen until October. 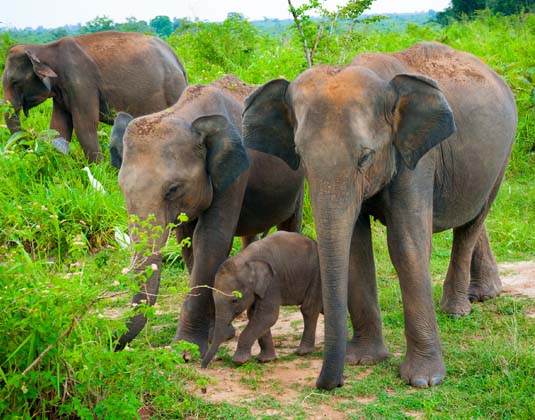 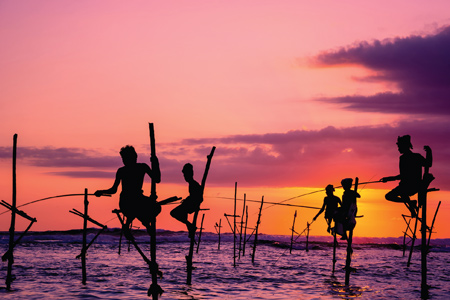 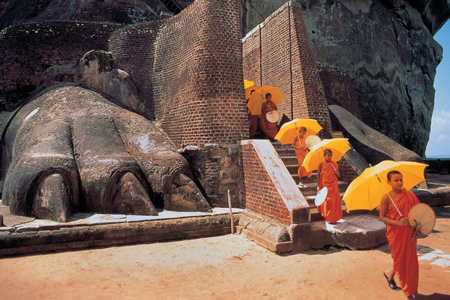 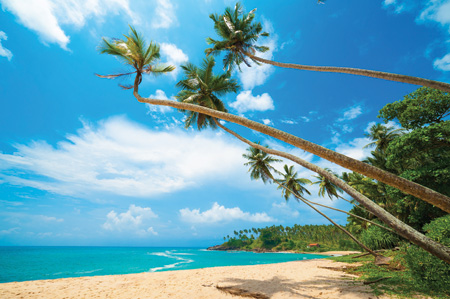 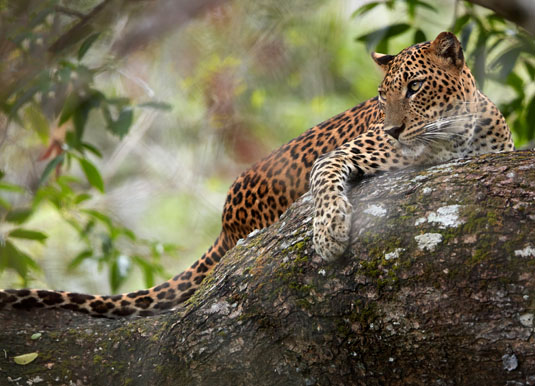 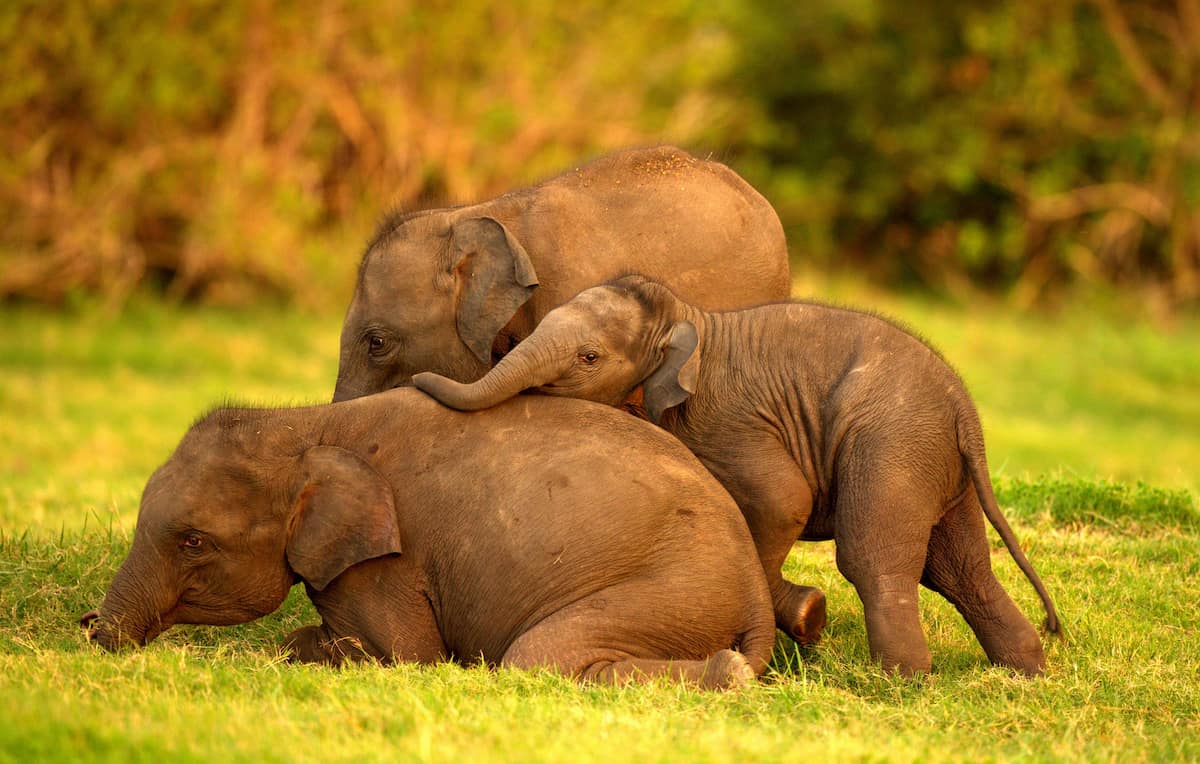