The dry, flat area northeast of the Hill Country is known as the Cultural Triangle and is a treasure trove of famous archaeological sites and ancient monuments. The Triangle is home to five of Sri Lanka's nine UNESCO World Heritage Sites: the cave temples of Dambulla; Sri Lanka's first ancient capital Anuradhapura; Polonnarawa, the second ancient capital; the Sigiriya rock fortress and sacred Kandy.

Sigiriya Rock Fortress, considered one of the Wonders of the Ancient World, is located in the heart of the Cultural Triangle. Visible for miles in all directions and dominating the surrounding plain, this ancient fortress is built on and around a towering 650ft high rock and is an extraordinary sight. Not to be missed are the well-preserved Water Gardens, which frame the main approach to the Rock; the Boulder Gardens; the Mirror Wall and, for those with a head for heights and who are fit and able, the summit itself. To reach the top it's necessary to climb a series of staircases attached to sheer walls, during which you'll pass the world-renowned frescoes of the "heavenly maidens of Sigiriya'. The compensating view from the top over the surrounding countryside and the landscape gardens at the bottom is simply stunning.

Hidden away amid green hills in the heart of the island is Kandy, the undisputed cultural capital of Sri Lanka and now a UNESCO World Heritage Site. Although modern Kandy has begun an inevitable sprawl, the surrounding hills, scenic lake at its centre and low-rise streets lined with characterful Kandyan and colonial-era buildings preserve a certain old-fashioned charm and small-town atmosphere. Kandy's most notable landmark is the impressive Temple of the Tooth, the country's most important religious shrine housing the legendary Buddha's Tooth. Another highlight is the beautiful Royal Botanic Gardens, styled on London's Kew and a lovely place to while away a few hours. Kandy is also famous for the Kandy Esala Perahera, a huge ten day cultural pageant that takes place in the month of July or August, concluding on the day of the full moon. It's one of the most colourful processions in the world as thousands of drummers, acrobats, singers and dancers accompany a parade of lavishly decorated elephants in the streets of Kandy. Hotels are in high demand, and additional supplements apply, during this period so early booking is recommended to avoid disappointment.

The small town of Habarana is around an hour's drive from Anuradhapura, the former capital, where a plethora of well-preserved ruins of ancient Sri Lankan civilisation can be seen. Habarana is also the gateway to Minneriya National Park, one of the best places in the country to see wild elephants, particularly during the annual Gathering (Aug-Sep) when hundreds of elephants come to feed and bathe in the Minneriya Reservoir.

Imposing Dambulla Rock houses the most impressive and best preserved Buddhist cave temples in Sri Lanka. While there are more than 80 caves within the complex, it is the five crammed with over 150 statues and decorated with fine murals that are the main attraction. To reach the caves it is a steep 20 minute walk, where the views of the surrounding hills and Sigiriya are as spectacular as the caves themselves.

Why visit The Cultural Triangle?

Call and speak to one of our travel experts who have experienced The Cultural Triangle personally.

Essential facts about The Cultural Triangle

From Colombo, Sigiriya and Habarana are around 4 hours drive and both Kandy and Dambulla are 3.5 hours drive.

The Cultural Triangle region is dry for much of the year, with June and July being the hottest times, while November and December bring some welcome rainfall. 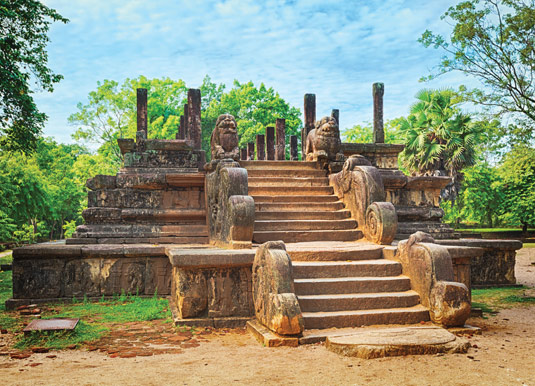 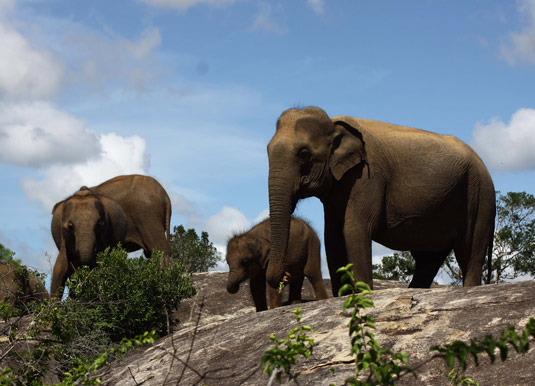 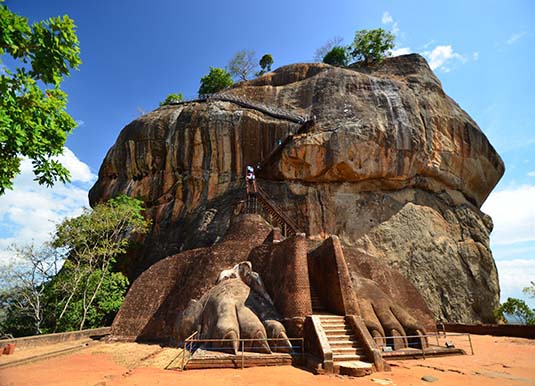