Stretching from Manitoba to the Pacific coast, western Canada offers a world of diverse contrasts, while Alaska is one of the most beautiful states in North America. This entire region offers spectacular coastlines, staggering and imposing white capped peaks, deep blue lakes, peace, tranquillity and isolation along with the opportunity to experience amazing wildlife.

Where better to start than the province of British Columbia and the beautiful city of Vancouver. Surrounded by mountains and the Pacific Ocean, it has a great selection of attractions restaurants, nightlife and shopping. Two and a half hours from Vancouver by road and ferry lies Vancouver Island. Its capital, Victoria, has a quaint almost English feel about it while the island is bigger than you might think with walking opportunities, spectacular coastlines and whale watching trips available too.

Just two hours' drive north of Vancouver along the scenic "Sea to Sky Highway" is Whistler, one of North America's top ski resorts. Equally worthy of your attention is Clearwater on the edge of Wells Gray National Park and gateway to Mount Washington, one of the highest peaks in the Rockies. The relatively undiscovered and beautifully situated town of Kelowna is a great stopping off point and, being a wine growing region, has some alternative rest stops! Just north of Kamloops is the year round resort of Sun Peaks, which has a real alpine village feel plus hiking, mountain biking and walking opportunities.

In the heart of Western Canada is the province of Alberta, undoubtedly one of the most beautiful places on earth. Stretching along Alberta's western border, the Canadian Rockies contain a network of protected national parks that have collectively been declared a UNESCO World Heritage Site.

Alberta's gateway city is Calgary, an oil town best known for the Calgary Stampede – the rodeo and wild west show which takes place every July. If you plan to visit then, book early!

Jasper National Park is the largest of the mountain parks, where, in summer, you can take a ride up onto one of the glaciers. Jasper itself is an authentic old rail town surrounded by glorious views and is one of the stopping stations for the famous Rocky Mountaineer train. Banff National Park is joined to Jasper National Park and has the spectacular Icefields Parkway running through both. This is a land of dramatic high mountains, glaciers and untamed scenery while the old town of Banff itself is well worth a stop.

No trip to this region would be complete without a visit to Lake Louise. Famous for the chateau which sits at the lakeside, the landscape of deep green lake and snow-capped peaks is all you can imagine.

In the province of Manitoba and located on the shores of Hudson Bay is the town of Churchill, which is often hailed as the polar bear capital of the world. It's also a hotspot for whale watching, a birder's paradise and one of the best places to experience the Northern Lights.

Call and speak to one of our travel experts who have experienced Western Canada personally.

The flying time from the UK to Vancouver is about 9 hours, while Calgary is approximately 9 hours 15 minutes.

Unless winter sports appeal, the best time to visit Western Canada is May to September when you can expect sunny days and pleasant temperatures. Spring (late April to early June) can also be delightful as gradual snow melt reveals forests, wildflowers and the wildlife begins to emerge. September marks the start of Autumn with spectacular foliage which lasts into October. 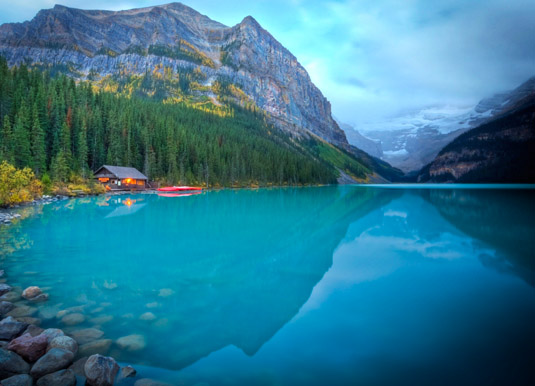 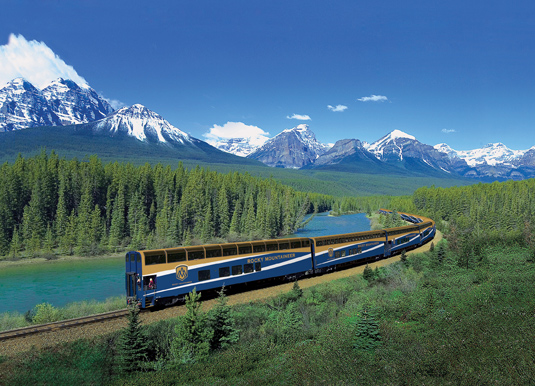