Set dramatically between prairies and peaks, the chic metropolis of Calgary buzzes with innovative energy whilst embracing its rich western heritage, while Alberta's capital city, Edmonton, is always celebrating something, from arts and culture to food and wine.

Calgary is best known for the annual Calgary Stampede, a ten day wild west extravaganza embraced by the whole city. Dubbed the Greatest Outdoor Show on Earth, it's held every July and features one of the world's largest rodeos, a parade, stage shows, concerts, chuckwagon racing and First Nations exhibitions. If you plan to visit, be sure to book early!

Throughout the year, visitors can visit Canada's largest living history museum at Heritage Park Historical Village, which has over 180 exhibits depicting an authentic experience of life in the region from the 1860s to the 1950s. Downtown Calgary's most conspicuous landmark is the Calgary Tower, whose observation deck and revolving restaurant offer panoramic views of the city. Other city attractions include the Glenbow Museum, which showcases local history and Olympic Plaza, where festivals and concerts are held throughout the year. Close to downtown and Stampede Park is 17th Ave Retail & Entertainment District where you'll find over 400 unique shops, fine dining restaurants and lively bars.

Edmonton is one of Canada's fastest growing cities and well known for its scenic river valley, thriving music and art community, and is host to more than 60 festivals throughout the year. It's also a gateway to the magic of the Aurora Borealis in the spectacular north, and visitors can spend memorable evenings under the mesmerising Northern Lights in prime viewing spots outside the city limits.

Step back 150 years to the original settlement at Fort Edmonton Park and trace the growth and development of the city through four historical periods. Natural attractions can be found in the North Saskatchewan River Valley or at Elk Island National Park, while shopping enthusiasts must not miss the West Edmonton Mall. Here, along with restaurants, bars and more than 800 shops, you'll find a giant water park, a man-made lake, an ice rink, two mini-golf courses, cinemas, a casino and an amusement park!

Call and speak to one of our travel experts who have experienced Calgary personally.

Calgary is about 9 hours 15 minutes flying time from the UK, while the journey to Edmonton takes around 14 hours 30 minutes, including one stop.

For both cities summer is generally considered the best time to visit, as the days are warm with lots of sunshine, and it’s when most of the cities festivals take place. Bear in mind if you want to visit Calgary during the Stampede, you must book early! Winters are cold, with snow, and run from November to around mid-March, although you’ll still find lots to see and do. 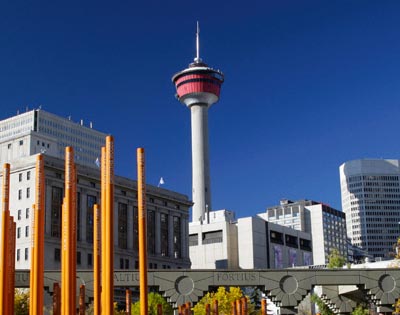 Located above the downtown core, the Calgary Tower observation deck offers spectacular views of the bustling city, majestic Rocky Mountains, the rolling foothills and the expansive prairie landscape. If you dare, stand on the amazing glass floor for a bird’s eye view of the city streets below! Available daily from Calgary (except 25 Dec). 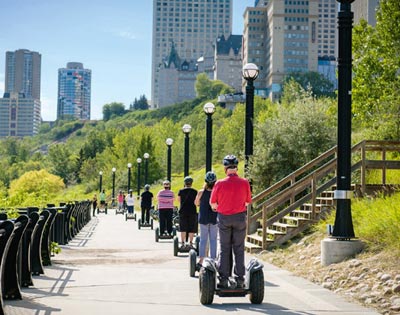 Experience Edmonton in a whole new way as you glide through North America’s largest urban parkland on this hour long one-of-a-kind tour of the Edmonton River Valley. After a short training clinic you will ride at varying speeds. Minimum age 14. Available daily from Edmonton between 01 Oct 19- 01 Mar & 01 May 20-31 Mar 21. 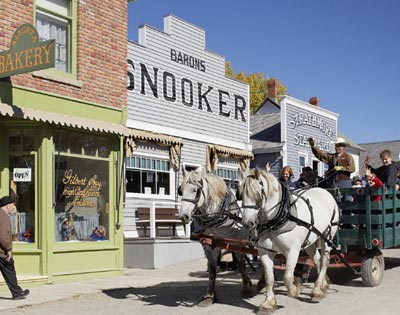 Begin your experience at Heritage Park with a streetcar ride to the main gate where your self-guided tour begins. Heritage Park Historical Village has over 180 attractions and exhibits, and your pass gives you full access to all, including rides. Available daily from Calgary between 16 May-07 Sep 20. 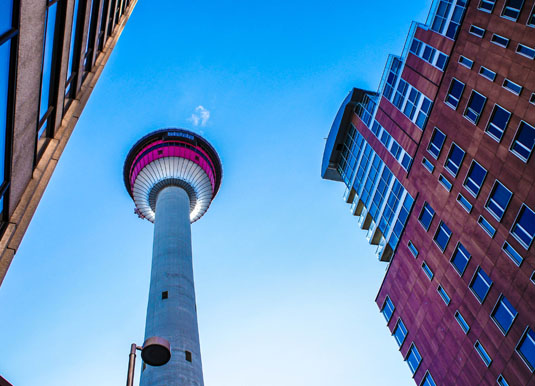