Day 1 Fly to Toronto: On arrival make your way to your centrally situated hotel.

Day 2 Toronto: Where better to begin your independent sightseeing than at the city’s most iconic sight, the CN Tower. Other attractions include St Lawrence Market, the huge Eaton Centre shopping mall, the vibrant Distillery District and the Entertainment District, which is Toronto’s answer to New York’s Broadway.

Day 3 Toronto/Montréal: Make your way to the station where you will catch a VIA Rail train to Montréal in the neighbouring province of Québec. The journey takes around five hours and on arrival you will make your own way to your hotel.

Day 4 Montréal: A day to explore and sightsee as you choose. Discover major museums and art galleries in the Centre-Ville (downtown) area, wonderful shopping in Rue Ste- Catherine, Mont Royal for far-reaching views and Old Montréal which has the delightful feel of a Parisian-style quarter.

Day 5 Montréal/Québec City: Make your way back to the station for the VIA Rail train which will take you to Québec City in just over three hours. On arrival, make your own way to your hotel.

Day 6 Québec City: At leisure to explore the only walled city in North America. The Lower Town is known for its picturesque, narrow streets and historic buildings, while the Upper Town contains the defensive Citadel and some of the city’s most famous landmarks, including the Chateau Frontenac.

Day 7 Québec City/The Ocean Train: Continue your sightseeing before you make your way to the Québec Sainte-Foy train station for the overnight journey aboard The Ocean which takes you across the Maritimes.

Day 8 The Ocean Train/Halifax: Wake to views of the Atlantic Ocean and quaint coastal villages. Enjoy the ever changing scenery from your cabin or from the panoramic dome car. Arrive in Halifax this evening and make your way to your hotel.

Days 9-10 Halifax: Two days to take in the sights of Nova Scotia’s capital city, which has been shaped by its seafaring history. Take time to explore the Halifax Citadel National Historic Site, which was built in 1856; follow the boardwalk around the downtown waterfront where you’ll find bright shops, artist’s studios and restaurants; visit the Maritime Museum of the Atlantic; and, if time allows, head out to the delightful Peggy’s Cove on the Atlantic coast.

Day 11 Halifax: Make your own way to the airport where your tour concludes with your onward journey.

Accommodation: 4* Chelsea Hotel, Toronto; 4* Le Meridien Versailles, Montréal; 4* Hotel PUR, Québec City; 3*PLUS Cambridge Suites, Halifax. On The Ocean train, accommodation is in a cabin for two which has a sofa by day, upper and lower bed by night and an en suite toilet.

Meals: Room only. Selected meals are included on The Ocean train. 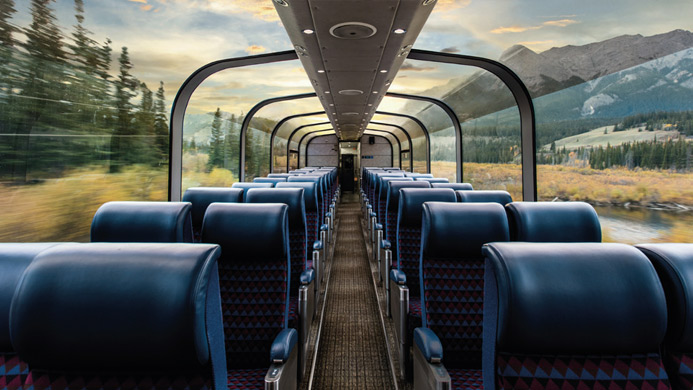 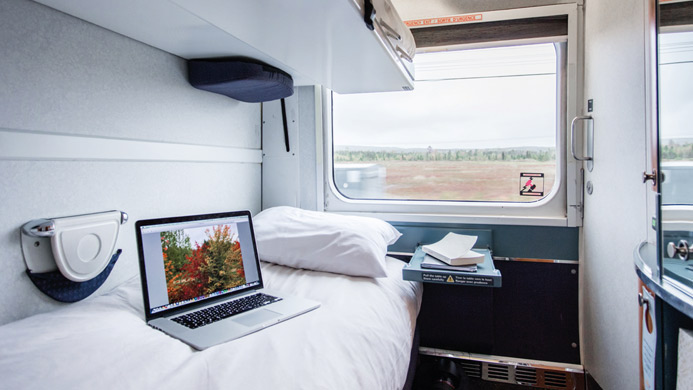