Day 1: Fly to Las Vegas. On arrival collect your car and proceed to your hotel.

Day 4 Las Vegas/Flagstaff: Depart early for Kingman, one of Arizona’s hidden treasures, stopping en route at the Hoover Dam. Once in Kingman, join Route 66 and travel along the longest stretch that remains of this historic route to Seligman. Here, evidence of the old road can be seen all along the main street where motels, cafes and gift shops beg to be explored. Continue to Grand Canyon National Park, a natural wonder that will surpass expectations. Spend time wandering along the canyon’s South Rim before making your way to Flagstaff (250 miles).

Day 5 Flagstaff/Monument Valley: Head north to Kayenta, the gateway to Monument Valley Navajo Tribal Park, where sandstone masterpieces tower to heights of 1,000 feet. These fragile pinnacles are surrounded by miles of mesas, buttes and windblown sand, and the angle of the sun accents their graceful formations providing spellbinding vistas (172 miles).

Day 6 Monument Valley/Moab: Visit one of Utah’s Mighty 5, Arches National Park and discover a landscape of contrasting colours, landform and textures unlike any other in the world. With over 2,000 natural stone arches, in addition to hundreds of soaring pinnacles and giant balanced rocks, this red rock wonderland will amaze you. Continue to Moab whose unique combination of small town hospitality and beautiful scenery makes it one of the most sought after destinations in the Southwest (146 miles).

Day 7 Moab/Capitol Reef: Travel to Capitol Reef National Park in the heart of Utah’s red rock country. This hidden treasure brims with cliffs, canyons, domes and bridges in the Waterpocket Fold, a geologic monocline (a wrinkle on the Earth) extending nearly 100 miles (144 miles).

Day 8 Capitol Reef/Bryce Canyon: Head south to Bryce Canyon National Park. Famous for its unique geology, Bryce Canyon consists of a series of horseshoe-shaped amphitheaters where the power of wind, water and geologic mayhem has etched the pink cliffs and shaped the colourful limestone rock into thousands of spires called “hoodoos” (122 miles).

Day 10 Bryce Canyon/Death Valley: Journey west to the lowest elevation in North America, Death Valley National Park. The Mojave is at its most magnificent with geological history on full display in this rugged, sublime section of California. Enhance your desert experience with a stop at Zabriskie Point for spectacular views (401 miles).

Day 12 Yosemite National Park: Walk to a waterfall or learn about the wonders of the park during a ranger-guided stroll. Explore a giant sequoia grove and meet the most massive trees on earth, or spend an evening under the stars. With around 800 miles of trails, Yosemite is also a great place to hike.

Day 13 Yosemite National Park/San Francisco: Drive west through Gold Rush-era attractions, Sacramento, California’s state capital, and on to San Francisco, one of the greatest cities in the world (194 miles).

Day 14 San Francisco: Spend a full day exploring the beloved City by the Bay’s neighbourhoods, including Fisherman’s Wharf, Chinatown, Union Square, Nob Hill, the Embarcadero/Financial District, and Golden Gate Park. To experience something truly unique, walk along the railings of the Golden Gate Bridge or take a ride on an iconic Cable Car.

Day 15 San Francisco: Return your car at the airport where your tour concludes.

Accommodation: In 3* hotels. Higher grade hotels are also available at a supplement.

Tour price: The price shown is based on the best value travel dates in low season and includes international flights to Las Vegas and from San Francisco, 15 days compact 4 door car hire with fully inclusive insurance and 14 nights accommodation.

Cities & Canyons is also available with a motorhome rather than a car. The price shown includes return international flights, one pre-night in Las Vegas and a C19 motorhome for  14 days. See page 7 for motorhome options and details. 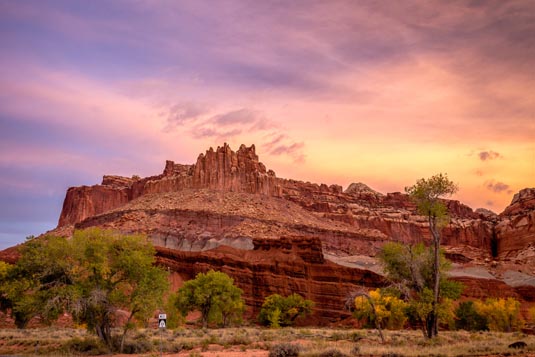 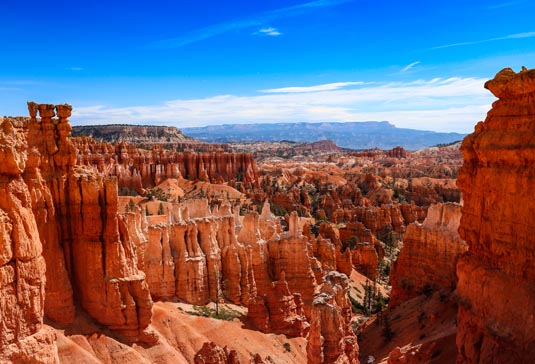 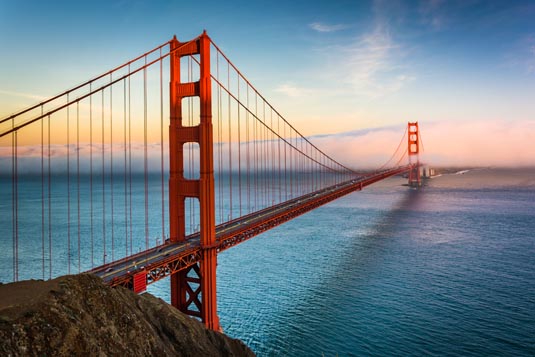 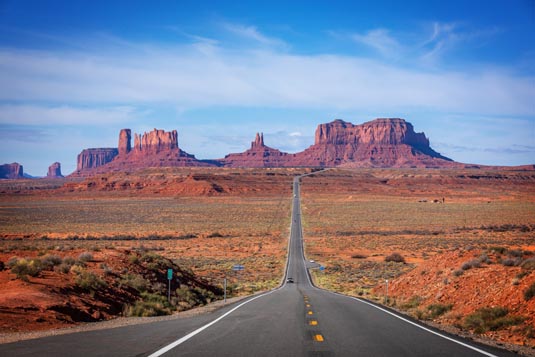 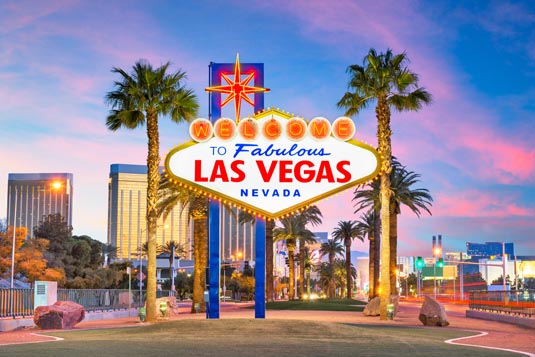 Where to stay in Cities & Canyons

Most popular in Cities & Canyons