While surprisingly individual and superb short break destinations, the cities of New York, Washington DC, Philadelphia, Boston and Chicago are also fabulous as a stopover en route to the beach or as the start of a fly-drive tour of the region. All are located close to water, whether it be a river, the sea or a lake, they have some of the country's finest architecture and important buildings as well as superb shopping.

Bold, bustling, exciting and frenetic the "Big Apple" should certainly be on everyone's list of "must-sees" and all first time visitors should be sure to catch a glimpse of the glittering Manhattan skyline, be it from the Staten Island Ferry, atop the Empire State Building or aboard a helicopter. Lovers of the great outdoors should head out into the wider New York state where the Hudson Valley, Catskill Mountains, Finger Lakes and Niagara Falls beckon.

The nation's capital, Washington DC, is a monumental city of grand government buildings, characterful districts, memorials and vast museums. Only in Washington, DC can you view the Declaration of Independence, stand where Martin Luther King Jr, said "I have a dream", be at arm's length from where Lincoln was assassinated and find so many free attractions.

The neighbouring states of Maryland and Virginia, collectively comprise the Capital Region, an area of fabulous beaches, major national parks and culture-rich cities. Discover the natural charms of Chesapeake Bay, the quiet solitude of Shenandoah National Park, historic Jamestown and Williamsburg or marvel at the Civil War trails.

Boston's cobbled streets, gas lamps and fine public buildings make for a charming city which delights and surprises visitors. Compact and easy to get around, there's a very European feel to the city with history, culture and a wide variety of attractions around every bend from upmarket Beacon Hill and the Boston Tea Party ships to the fascinating Freedom Trail and nearby Harvard University.

Famous as the birthplace of American democracy, Philadelphia is a city rich in history, but also high-tech modern ideas. Learn more about the tradition of freedom and innovation by exploring the diverse communities, vibrant museums, exciting sports and cultural attractions.

Chicago, also known as the "Windy City", is home to some of America's most spectacular architecture as well as a theatre district that is second only to New York's Broadway; a very wide selection of museums, superb shopping, a host of blues and jazz clubs and it even has its own beaches. Chicago is also the start of Route 66, so why not head off along the 'mother road' to explore some intriguing cities and towns. It's also the gateway to the Great Lakes, namely Lake Superior, Lake Michigan, Lake Huron, Lake Erie and Lake Ontario.

So, whether you are looking for a weekend break exploring city sights, a guided coach or a pre-planned self-drive tour the North East really does offer something for everyone.

Call and speak to one of our travel experts who have experienced North East personally.

From the UK to New York City, Boston and Washington, DC the flying time is around 8 hours. Philadelphia is approximately 8 hours 15 minutes while Chicago is about 7 hours 30 minutes flight time.

The North East can be visited throughout the year. May and June are pleasant months, while July and August can be very hot and winter will often bring snowfall and snowstorms. New England is at its busiest in ‘The Fall’, when the impressive displays of foliage attract lots of visitors. 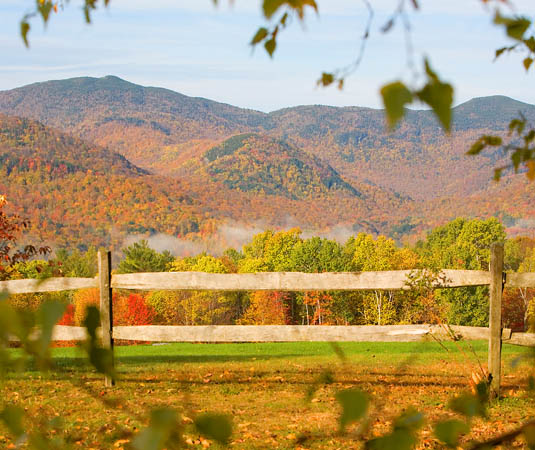