Chicago is a city of museums and galleries, attractions large and small, awesome architecture and vast city parks, magnificent shopping and a constant line up of events and festivals for just about every age and palate. The Windy City, as it is often called, also has much to offer in the sporting sphere and let's not forget the beautiful lakefront beaches.

Where better to start than with skyline views from high up. If the view alone isn't enough to get your heart racing step out onto the The Ledge Skydeck at Willis Tower, a suspended glass box that extends four feet from the facade and over 1,300 feet in the air. Or, head to 360 Chicago and brace yourself for TILT!, a moving glass enclosure that leans you over the edge of the John Hancock Centre.

If you prefer to view Chicago's architectural wonders from a lower level, consider a boat tour along the Chicago River or on Lake Michigan. Many cruises depart from Navy Pier, a tourist hotspot which features shops, eateries, an IMAX cinema and Pier Park, where you'll find an almost 200-foot-high Ferris wheel, an old-fashioned swing-ride and a whimsical musical carousel.

With more than 40 museums that engage and enlighten, you're sure to find something that sparks an interest. On Chicago's Museum Campus you can visit the bottom of the sea at the Shedd Aquarium, or soar to the moon at the Adler Planetarium, before heading to the Field Museum whose exhibits include the most complete T-rex skeleton. Art aficionados can check out the large collection of works at the renowned Art Institute of Chicago or try the Museum of Contemporary Art Chicago.

Chicago’s 26 miles of scenic lakefront includes numerous public parks and gardens, a lakefront trail and more than two dozen beaches. North Avenue Beach is particularly popular during the summer thanks to its spacious sands, cool bars and convenient location for other top attractions including Lincoln Park Zoo. Millennium Park is the city’s showpiece green space and includes the interactive Crown Fountain and Cloud Gate sculpture, aka ‘The Bean’.

Chicago is a passionate sporting city and if your trip coincides with the relevant season, cheer on the Chicago Cubs at Wrigley Field, celebrate a touchdown by the Chicago Bears at Soldier Field or watch two legendary teams dominate the court and ice at the United Centre.

Shopping adventures abound throughout the city, with unique boutiques, high-end designers, outlet malls and, of course, the Magnificent Mile, a history-packed section of Michigan Avenue. Chicago’s food options are as diverse as the city itself but don’t miss out on a deep dish pizza, Chicago-style hot dog or original rainbow cone.

Call and speak to one of our travel experts who have experienced Chicago personally.

The flight from the UK to Chicago is around 7 hours 30 minutes non-stop.

Chicago has something in store for visitors all year round. Spring, summer and autumn are generally regarded as the best times to visit Chicago. Expect lovely warm temperatures during spring and autumn, sunny days and high temperatures in summer and cold, snowy winters. 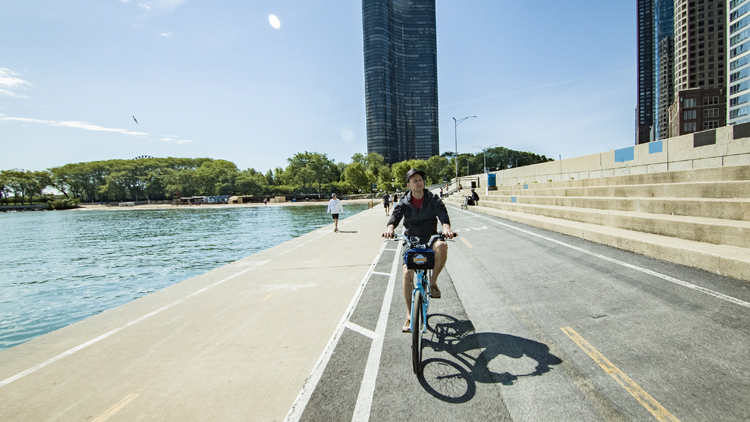 Spend the afternoon on a bike by leaving the tourist district and getting the insider’s scoop on what Chicago is really all about. Explore the quiet tree-lined streets and local businesses of the luxurious Gold Coast, stately Old Town and trendy Lincoln Park neighbourhoods. Top sights along the way include Lincoln Park, lots of amazing architecture, Oz Park, and the Armitage shopping district. 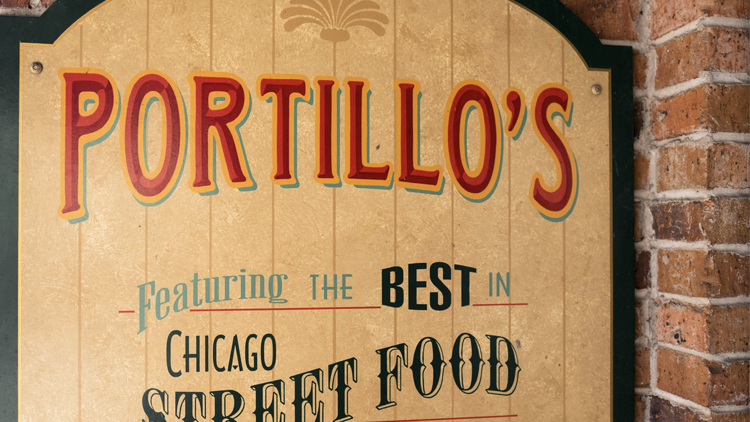 This afternoon tour will take you through the River North neighbourhood - the original Chicago foodie destination - to sample some world-famous Chicago dishes, local favourites and a sweet treat. Begin with a Chicago-style hot dog, which is taken very seriously by locals, before trying out the renowned Chicago deep-dish pizza. The tasting journey continues with a classic Chicago sandwich: Italian beef, which came about during the Depression, before visiting one of the city’s oldest establishments for dessert. 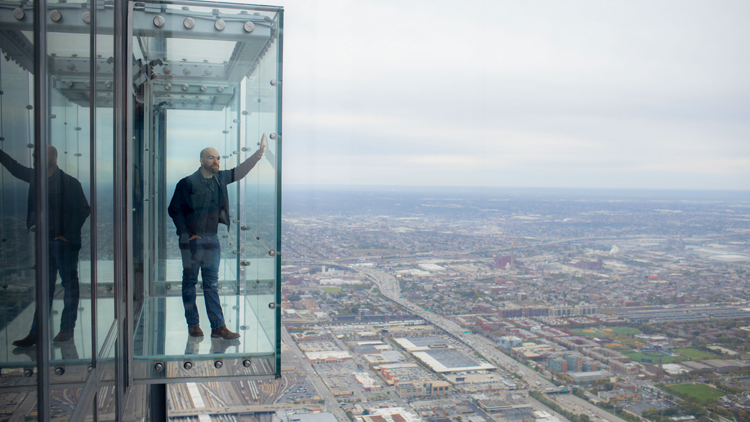 Experience the best of Chicago with CityPASS, which gives admission to five of Chicago’s most famous attractions. Valid for 9 days starting with the first day of use, the featured attractions and inclusions are Shedd Aquarium; Field Museum; and Skydeck Chicago; plus your choice of two from either Art Institute of Chicago; Museum of Science and Industry or the 360 Chicago Observation Deck. 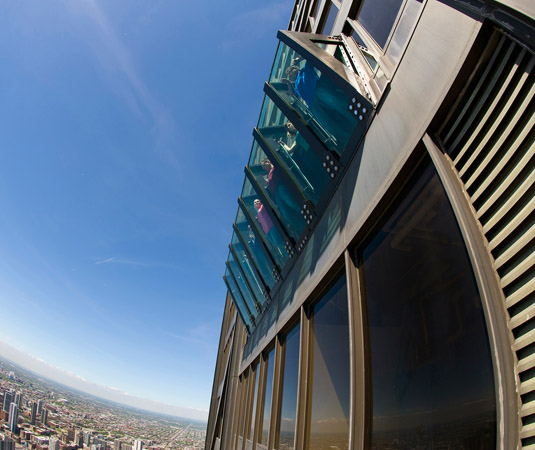