With magnificent monuments and memorials, gracious government buildings, vast museums, broad avenues and eclectic neighbourhoods, Washington, DC looks the part as America's capital city. It is a fascinating place where political drama and scandal bubble under the surface, while the streets teem with trendy shops, funky marketplaces, lively bars and inviting restaurants.

The American capital puts on quite a display for its visitors, and, best of all, there's free admission to all the major attractions on the National Mall, a great swathe of green that stretches from the foot of the Capitol Building to the Potomac River. Sights on the National Mall include the Washington Monument, built to honour George Washington; the inspiring Lincoln Memorial; the beautiful domed Jefferson Memorial; the epic and moving Vietnam War Veterans Memorial and the Korean War Veterans Memorial.

Rising up from the Mall, the impressive US Capitol Building symbolises steadfast American democracy. While it is a working office, as the seat of the House of Representatives and the Sentate, the Capitol Visitor Centre offers tours and gives an insight to the building's history. Nearby is the Library of Congress, the largest library in the world, set within three beautiful historic buildings with free tours available.

For a window into America's most famous house, head to the White House Visitor Centre, which has excellent interactive exhibits and numerous artefacts. Tours of the interior are possible, but must be arranged well in advance via the embassy.

No visit to Washington, DC would be complete without taking in some of the magnificent Smithsonian Institution. Founded in 1846, the Smithsonian is the world's largest museum, education and research complex, consisting of 17 museums and galleries, the National Zoological Park and nine research facilities. From the origins of man at the Natural History Museum to the future of space travel at the Air and Space Museum, these museums appeal to all ages and won't cost you a penny. Equally impressive is the United States Holocaust Memorial Museum, a moving memorial to one of history's most important events, and one of its greatest tragedies.

Just across the Potomac River is Arlington National Cemetery and, while cemeteries don't tend to be among a city's must see list, Arlington is the exception. It is the final resting place for 400,000 active service personnel as well as President John F. Kenndy. Also just outside the city in the quaint riverside town of Alexandria, is the former home of George Washington. The beautiful Mount Vernon estate includes the iconic mansion, outbuildings, tomb and working farm.

The city's eclectic neighbourhoods range from the history on Capitol Hill to the high-end boutiques, grand homes and luxurious hotels in Georgetown to the grand hub of Dupont Circle and the funky bars and offbeat shops in hip Adams Morgan. For a serious shopping spree, Georgetown is probably the most famous area to indulge in retail therapy, but malls, boutiques, markets and designer stores are dotted throughout many other neighbourhoods, making the city a true shopper's paradise. Washington, DC is also regarded as one of the culinary capitals of the world, with a fantastic variety of cuisines and dining experiences. Head to Georgetown for trend-setting restaurants, Downtown for great seafood and Adams Morgan for ethnic specialities.

Call and speak to one of our travel experts who have experienced Washington, DC personally.

The flight from the UK to Washington, DC takes around 8 hours non-stop.

While there’s always lots to see and do year round in Washington, DC, spring is generally regarded as the best time, when the cherry blossoms are in bloom and the temperatures are mild. Summer brings higher temperatures and humidity, which drop off again when Autumn begins. Winter temperatures are cold and snow can often be expected. 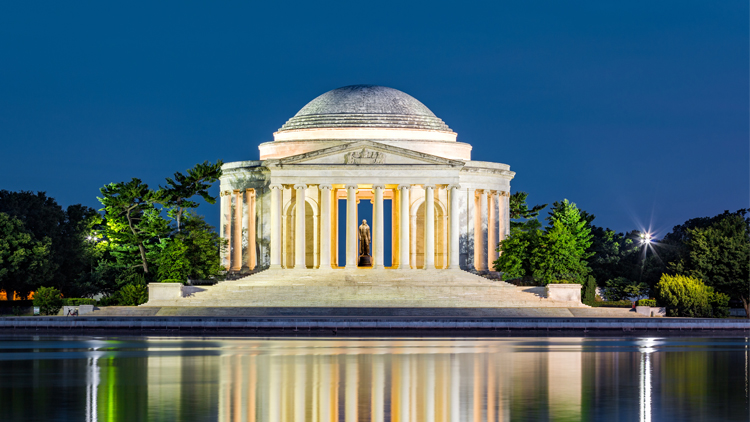 Ride aboard an old-fashioned trolley for an enlightening 2½ hour journey past 100 points of interest. Admire D.C.’s famous landmarks glistening against the night sky, including the Washington Monument; the Jefferson Memorial; the FDR Memorial with cascading waterfalls and scenic sculptures; the WW1 and WW2 Memorials; the Lincoln Memorial; the Korean War Memorial; the Vietnam War Veterans Memorial; the White House and Capitol Hill. During the tour you’ll be entertained by your tour guide with anecdotes and history sprinkled with bewitching stories about the spirits haunting the city. 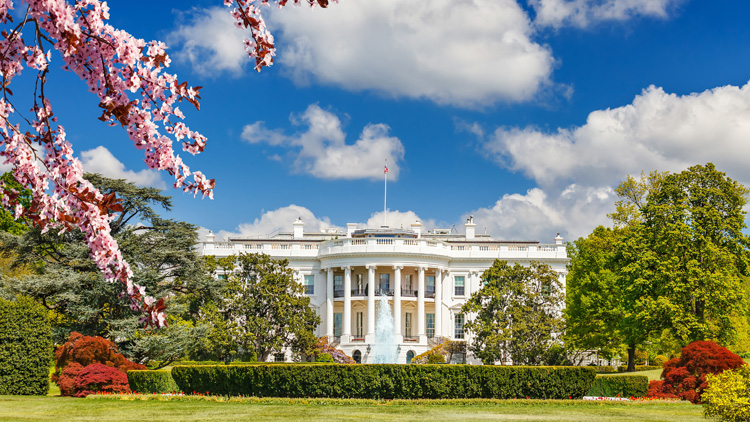 Discover the fascinating history of Washington, D.C. as you journey aboard an open-top double decker bus past some of the USA’s most important landmarks. With over 40 stops this 48 hour hop-on-hop-off ticket provides you with the freedom to explore and visit the legendary attractions at your own leisure before hopping back on the bus. The premium ticket gives you access to the red loop along with one hour’s free bike rental. 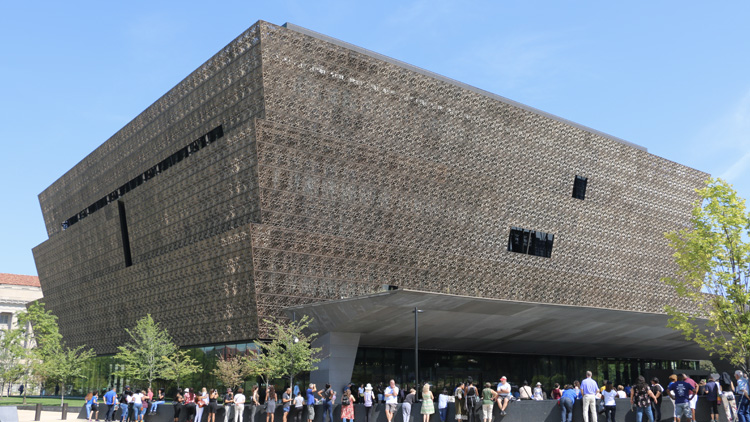 This half day morning tour explores the rich and often untold history of African Americans in the US capital. Follow the path of the first African Americans at Jamestown through the Civil Rights movement, check out key sites like the Frederick Douglass National Historic Site, the vibrant U Street corridor, the National Museum of African American History and Culture, the MLK Memorial, plus much more. 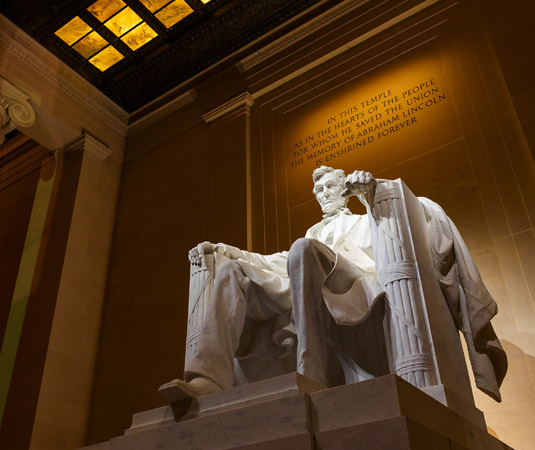