From the coast to the mountains and everything in between, Georgia offers well-known and off-the-beaten-track gems in cities both big and small; scenic drives through farmland and forests; history aplenty at Civil War battlesites and plantation homes; sporting challenges at world-class golf courses and fun for all the family at Atlantic beaches.

Regarded as the centre for entertainment in the South, Atlanta has a host of must see attractions and experiences. Discover the world's largest aquarium, the Georgia Aquarium, step into the World of Coca-Cola or go behind the scenes at the Inside CNN Studio Tour; explore the city's role in the Civil War and Civil Rights Movement at museums like the Atlanta History Centre and the Martin Luther King Jr National Historic Site; and experience a diverse and thriving cultural scene at the city's many theatres or concert halls, visit critically-acclaimed restaurants and indulge with boutique shopping.

Of course no visit to Georgia would be complete without discovering the history and legacy behind one of the world's most beloved novels through the Gone With the Wind Trail, which is in and around Atlanta. The official trail starts in Marietta, goes through Atlanta and ends in Jonesboro. Stops along the way include Marietta Gone with the Wind Museum, Margaret Mitchell House, Oakland Cemetery, Fulton County Public Library and Road to Tara Museum.

Nestled centrally in Georgia, not too far from the mountains or ocean is Macon, a city rich in history, incredible architecture, stunning Southern charm and a soulful musical heritage. Ocmulgee National Monument is a must-see if you're interested in Native America history and culture, while history buffs can walk across numerous Civil War battlefields. Alternatively, learn more about Macon's music history at the Allman Brothers Band Museum at The Big House or at the Otis Redding Foundation.

Established in 1733, beautiful Savannah is the oldest city in Georgia and the location of one of the largest National Historic Landmark districts in the USA. It's a beguiling city brimming with Old World glamour and romance, antebellum mansions and magnolia trees, horse-drawn carriages and ships sailing up the river, culture and entertainment. Take a tour through a pre-Civil War era mansion at the Mercer-Williams House, you're your bravery on a haunted ghost tour and don't forget the 24 historic squares including the oldest and largest, Johnson Square, although Reynolds Square makes an equaly attractive starting point for any explorations. Historic River Street runs the length of the Savannah River and is also a great place to stroll with its former cotton warehouses transformed into a colourful array of shops, restaurants and galleries.

The smallest of Georgia's barrier island, Jekyll has a rich history that reaches back centuries. Its ten miles of beaches, award-winning golf courses, wildlife experiences, biking and horseback riding adventures and fun-filled water park, make the island a beachfront paradise.

Call and speak to one of our travel experts who have experienced Georgia personally.

The flying time from the UK to Atlanta is around 9 hours.

Georgia has four distinct and comfortable seasons so it’s always a great time to tour the Peach State! Spring tends to be fair and bright, while summer is warm and sunny, the autumn temperatures drop slightly while winter is also mild and cool. There is an average rainfall each year and varying snowfall from light in the mountains to virtually none in the other regions. 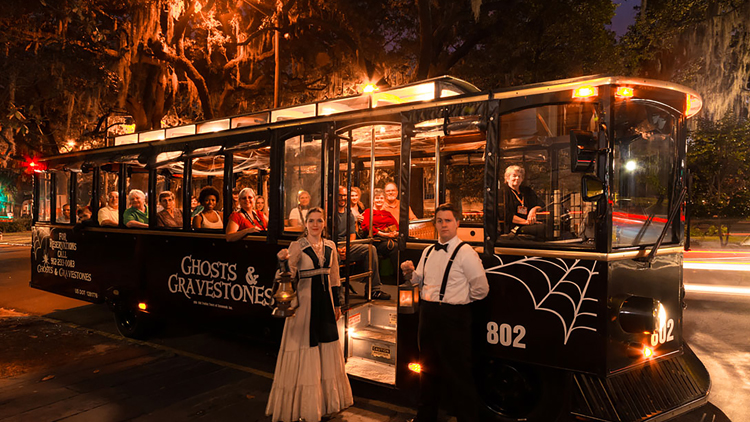 This memorable short evening ‘frightseeing’ tour explores the darker side of America’s most haunted city! Board the Trolley of the Doomed and hear stories of murder and mayhem, ghosts and ghouls from your gravedigger guide as you tour Savannah’s historic district. Stops are included at some of the most haunted sites - step inside if you dare! Available from Savannah. 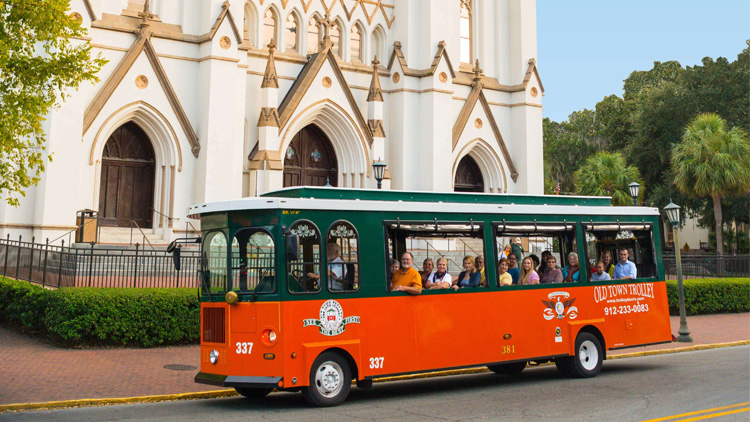 Embark on a journey filled with humour, history and entertainment as this hop-on-hop-off tour lets you explore Savannah at your own pace. There are 15 stops and over 100 points of interest including Davenport House, River Street, City Market, Colonial Park Cemetery and the Cathedral of St John. Available from Savannah. 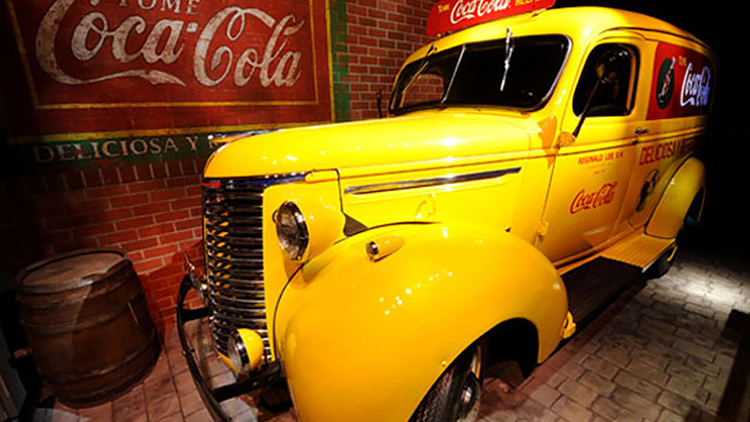 Visit five famous attractions for one low price: the Georgia Aquarium, World of Coca-Cola and Zoo Atlanta, then there’s the choice of two from either the Fernbank Museum of Natural History, College Football Hall of Fame, or the National Centre for Civil and Human Rights. Tickets are valid for 9 consecutive days however, some attractions may not open daily. Available from Atlanta. 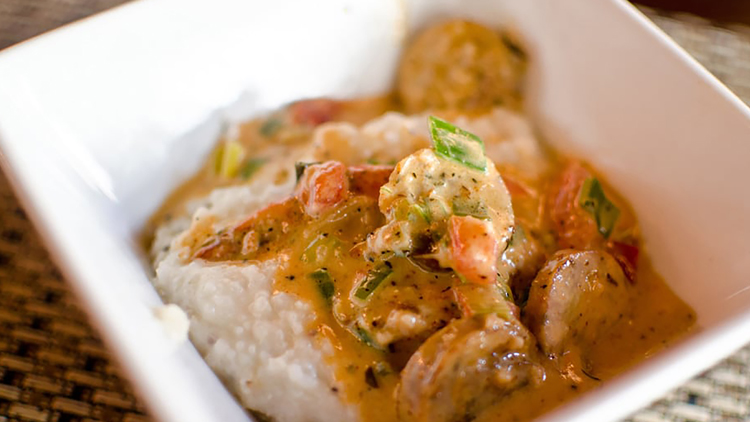 Delve into the future of Southern cuisine while exploring Atlanta’s deep past in the fun half day food tour. You’ll savour 12 modern and Southern fusion tastings from five locally-owned food stops, plus hear entertaining and informative stories along the way. Available from Atlanta. 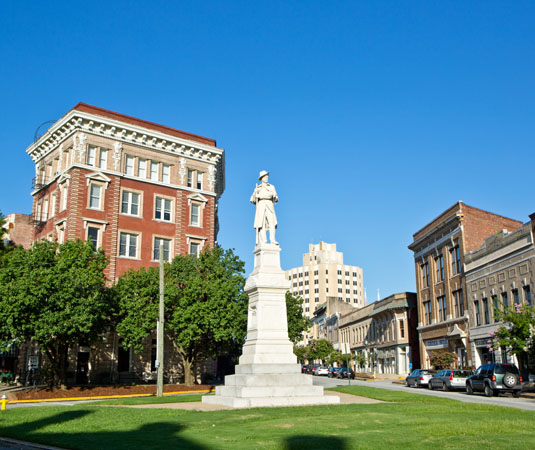 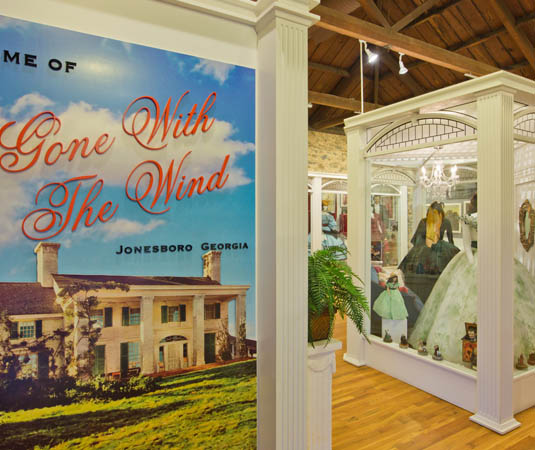