Route 66 with EagleRider No page found

Day 1: Fly to Chicago. On arrival transfer to your hotel.

Day 2 Chicago/Springfield: Pick up your bike and begin the ultimate American road trip. Head south along the Pontiac Trail, the original name for this bit of the road, passing through Joliet and stopping at the RT 66 Museum in Pontiac (187 miles).

Day 3 Springfield/St Louis: Traverse cornfields and small towns representing the USA’s heartland before arriving into St Louis over the original Chain of Rocks bridge where RT 66 crossed the Mississippi River. This amazing city has some of the USA’s best live music and BBQ ribs (116 miles).

Day 4 St Louis/Joplin: Hit the road and take in the rolling Missouri hills that make this area so scenic and fun to ride in. See the World’s Largest Rocking Chair in Fanning, wind your way on the twisting roads of Devil’s Elbow before reaching Joplin (335 miles).

Day 5 Joplin/Oklahoma City: Head west through Oklahoma, passing through the towns of Miami, Claremore and Catoosa, where the legendary Blue Whale resides. Pass through the lands of several Native American tribes before riding into Oklahoma City, the heart and soul of Route 66 (255 miles).

Day 6 Oklahoma City/Amarillo: Travel along some of the oldest stretches of Oklahoma’s Route 66, once the land of vast buffalo herds. Ride along a section of the Chisholm Trail, which passes through Yukon and El Reno, and stop at Clinton’s amazing Route 66 Museum.  Cross the border into the Texas Panhandle, the southernmost portion of the Great Plains (266 miles).

Day 7 Amarillo/Santa Fe: Pass through the world famous Cadillac Ranch and stop at the midway point of RT 66 in Adrian, Texas. In the ghost town of Glen Rio, stand with one foot in New Mexico and the other in Texas! From there, enter the land of the Comanche Indians, where mesas, mountains, cactus and pines define the landscape. Ride into the High Plains and altitude of Santa Fe in central New Mexico, one of America’s oldest cities (303 miles).

Day 8 Santa Fe: At leisure in this south western city. Perhaps you would like to take a ride along the river valley to the old Native American Indian town of Taos, play cowboy for a day on a horseback ride along a mountain or canyon trail, or simply relax!

Day 9 Santa Fe/Gallup: Head south to Albuquerque. Later, cross the Rio Grande and travel west out into the Navajo wilderness. Further on ride through Grants and along Cibola National Forest towards Gallup – an old railroad town and Indian stronghold (271 miles).

Day 10 Gallup/Grand Canyon: Cross into Arizona and ride to Petrified Forest National Park, a fossilised prehistoric forest of gigantic trees. Continue west to your hotel just one mile from the South Rim of the Grand Canyon! (283 miles).

Day 11 Grand Canyon/Laughlin: Perhaps take an optional helicopter ride over the South Rim for a bird’s eye view of this extraordinary natural splendour (extra expense). Later, pick Route 66 back up in Williams before heading to stops in the towns of Seligman, Hackberry and Kingman before arriving in Laughlin (256 miles).

Day 12 Laughlin/Las Vegas: Take a quick ride for a little detour in Las Vegas...but first get your first real taste of the Mojave Desert, and ride across the famous Hoover Dam! (129 miles).

Day 13 Las Vegas/Victorville: Cross the border into California and traverse the Mojave Desert which offers some of the most dramatic scenery in Southern California (282 miles).

Day 14 Victorville/Los Angeles: Ride the Angeles Crest Highway, considered one of the top motorcycle rides in southern California. Next, descend into the Los Angeles Basin and head for the Pacific Ocean and the “End of the Trail” sign on the Santa Monica Pier (124 miles).

Day 15 Los Angeles: Travel to the airport for your onward journey.

Self-guided tour: Prefer to ride this route yourself? Prices start from £3599pp 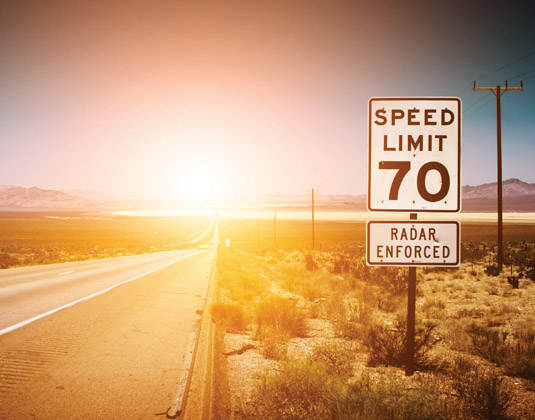 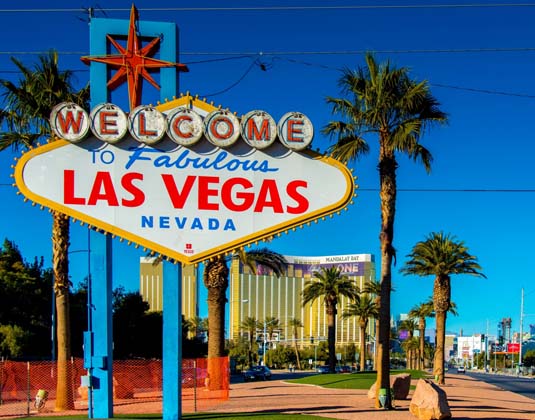 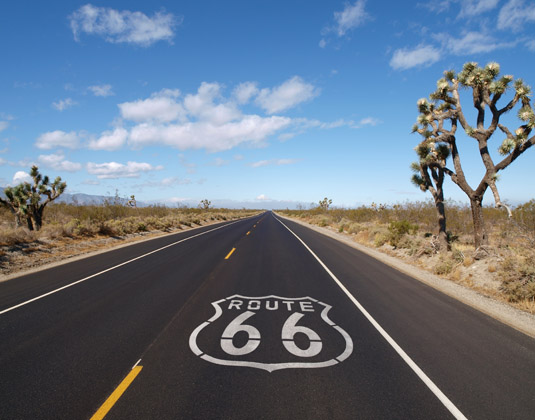 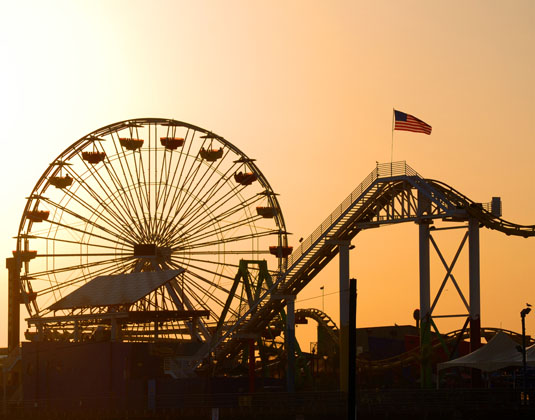 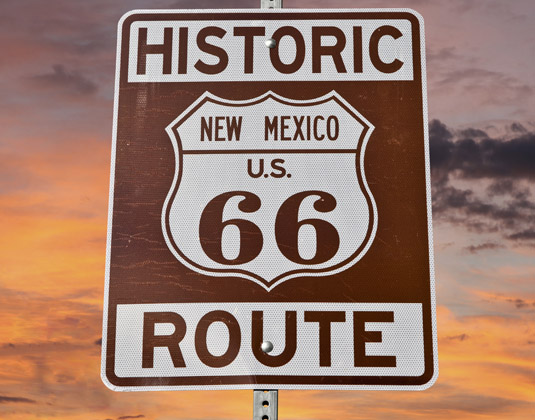 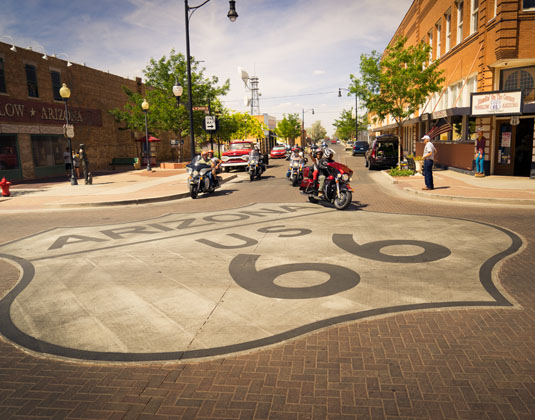 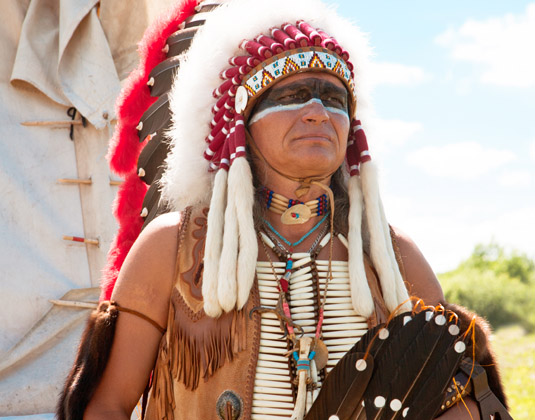 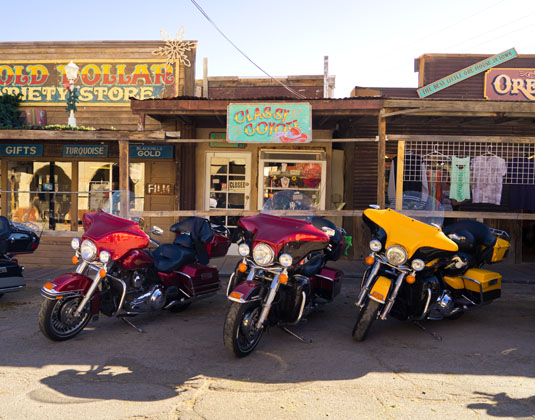 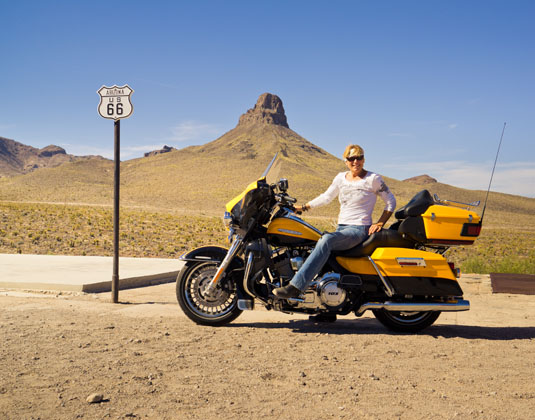