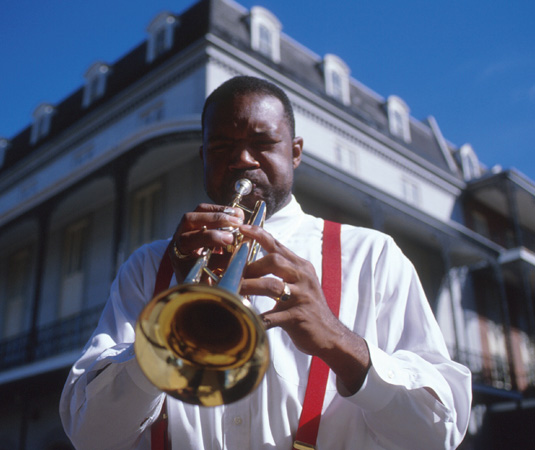 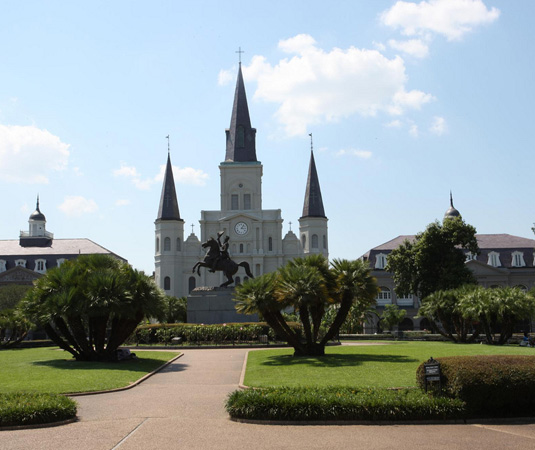 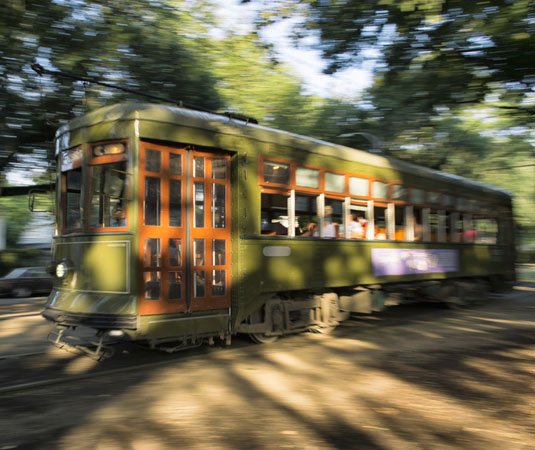 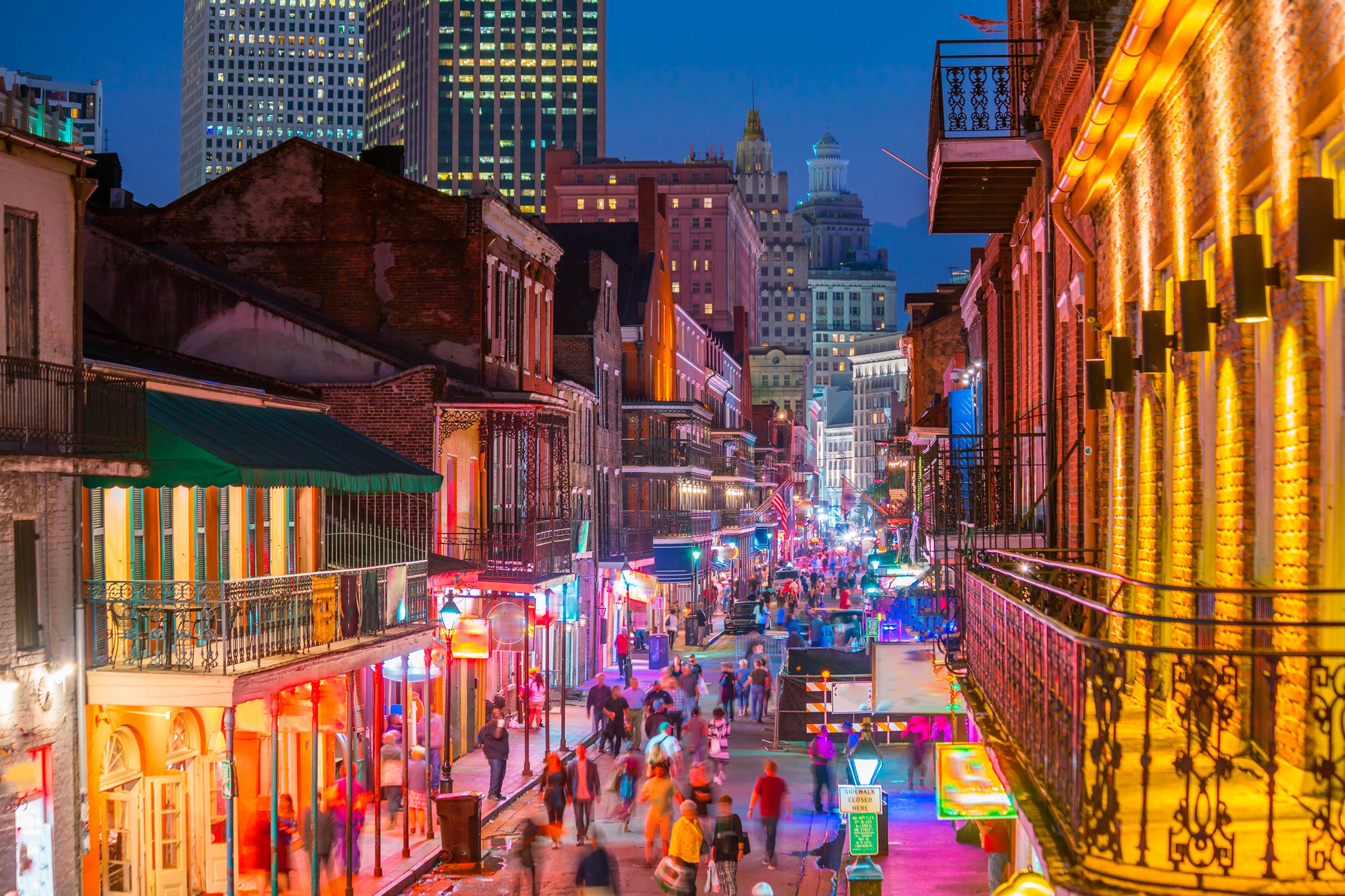 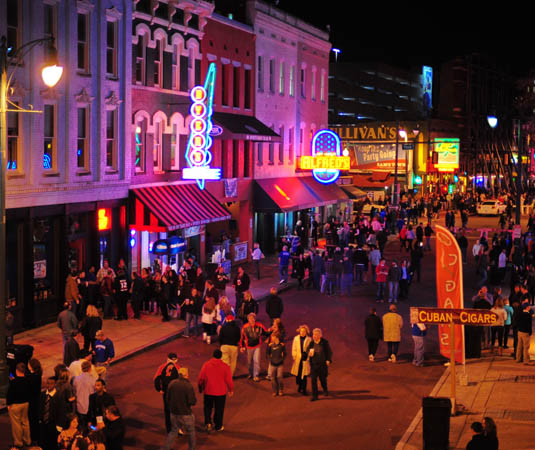 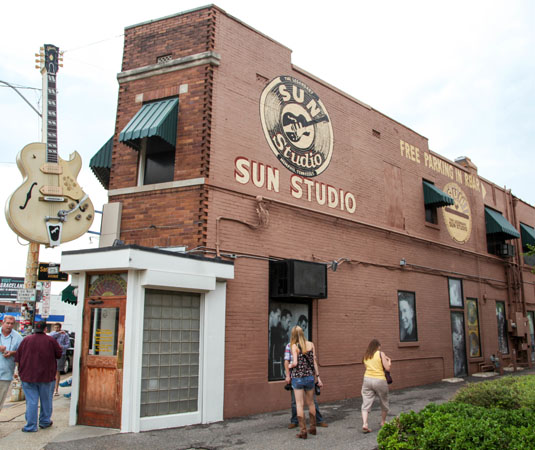 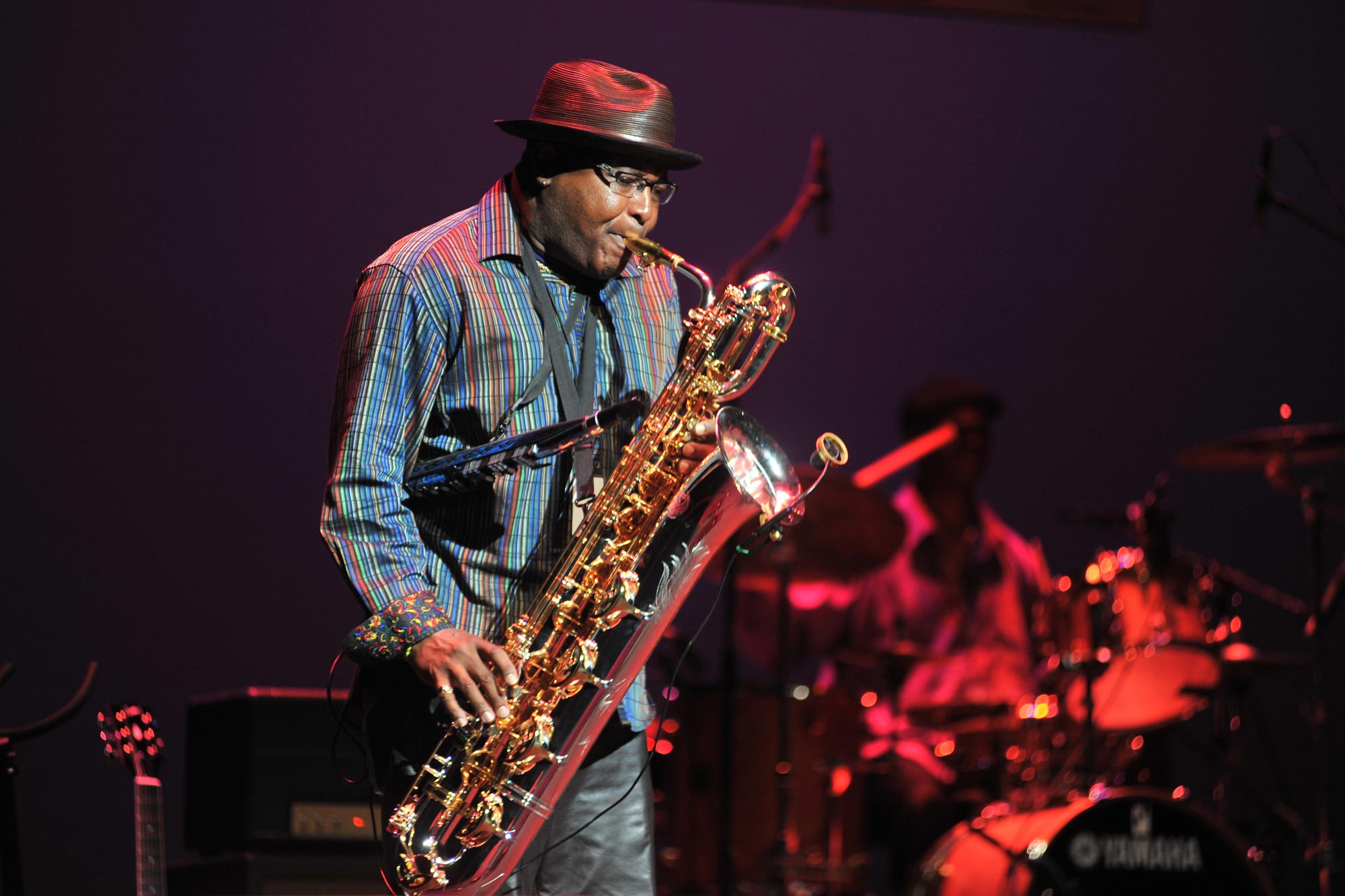 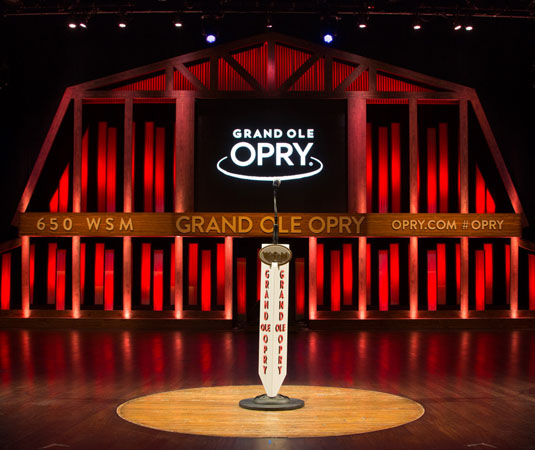 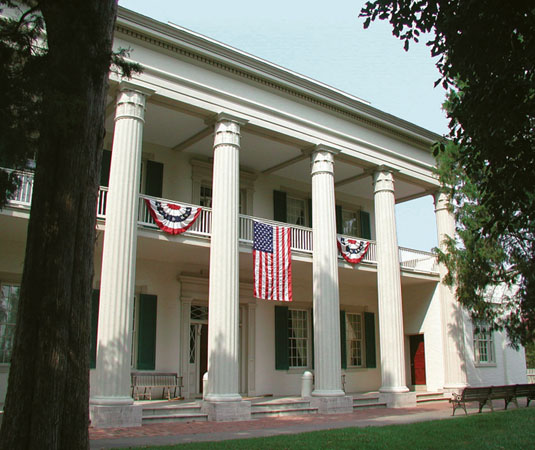 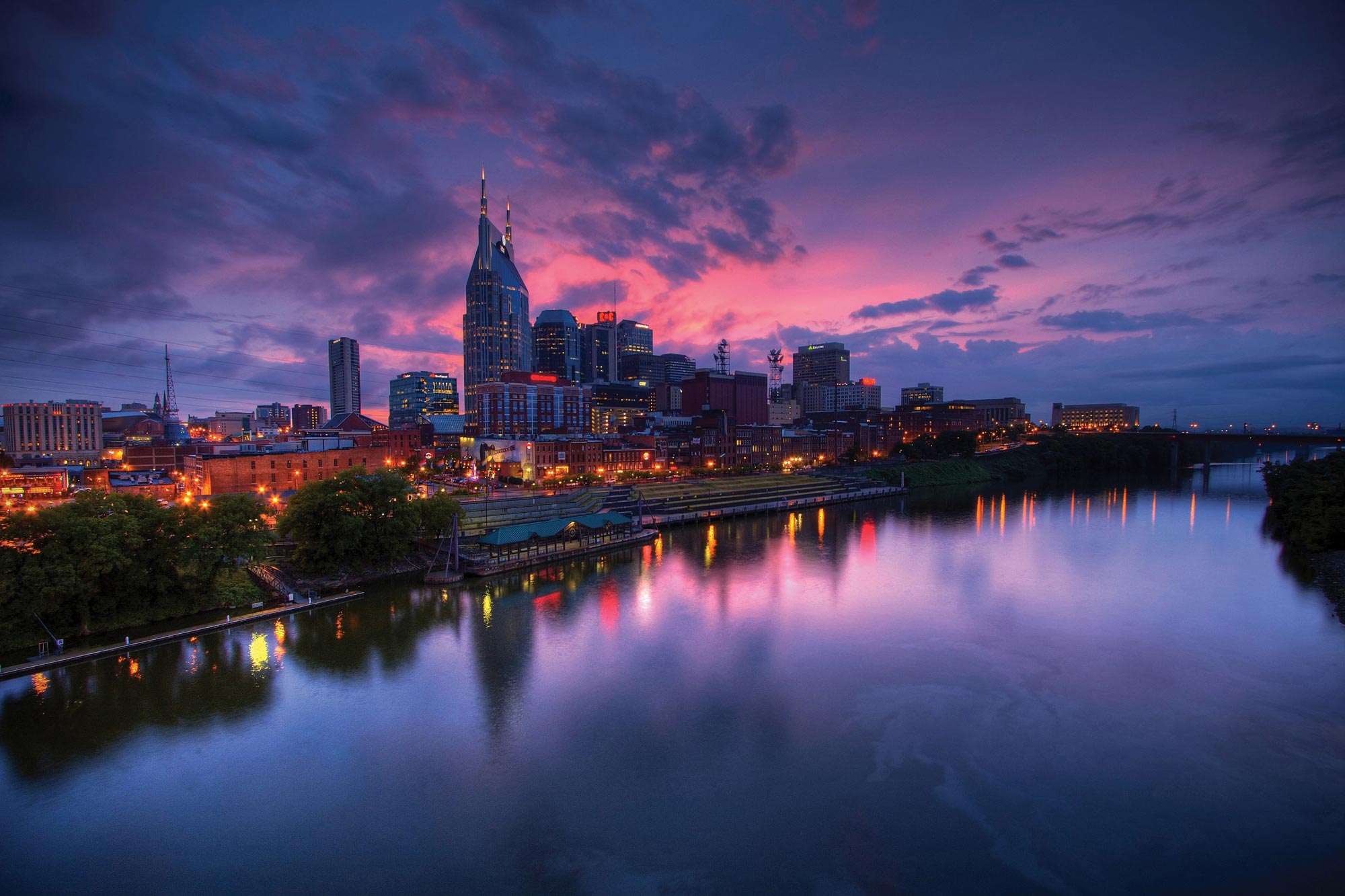 The grand American Queen is the largest steamboat ever built and epitomises the grace and grandeur that made river cruising a cherished American tradition for more than two centuries. There are six decks featuring a lounge, library, small swimming pool, gym, spa, restaurants and bar. Enjoy acclaimed entertainment worthy of Broadway, daily lectures and a country club casual ambience.

Day 2 Nottoway, Louisiana: Nottoway is the South’s largest, most glorious remaining Antebellum mansion with a rich history dating back to 1859. In a fabulous location along the great River Road overlooking the Mississippi River, this ‘white castle’ of the South transports visitors back to an era of glory and grandeur. Enjoy a tour of this fascinating mansion which flaunts 64 bedrooms and then perhaps stroll through the lush grounds and gardens.

Day 4 Natchez, Mississippi: This charming river town was first inhabited by Natchez Indians and French explorers who shared the land. It was founded in 1716, making it the oldest city on the Mississippi and is known for its elegance, hospitality and impressive preservation of history. Enjoy the unique shops, restaurants, museums and historical houses as you explore the beautiful downtown areas. Sights include Rosalie Mansion, William Johnson House Museum, Magnolia Hall and Stanton Hall.

Day 5 Vicksburg, Mississippi: Discover a unique blend of old and new from National Historic Landmarks to the Waterways Experiment Station and enjoy the sweeping river views. Billed as the “Red Carpet City of the South,” Southern hospitality is at its best. Today there is a hop-on-hop-off tour included with sights including the shopping district, Old Court House Museum and the Lower Mississippi River Museum.

Day 6 Port of the Mississippi Delta: The Mississippi Delta is more than a geographical region, it is a way of life and a true experience based around agriculture, music and history. These small river towns have been the inspiration for authors, musicians and artists for centuries.

Day 7 Scenic river cruising: Relax on deck during a leisurely day on board. It’s the perfect opportunity to enjoy the many activities that are available on board, or perhaps book an indulgent, stress-relieving massage in the spa?

Day 8 Memphis, Tennessee: Disembark this morning and set off through the streets of Memphis to Beale Street for a walking tour with a local musician. Continue to Elvis Presley’s former home, Graceland where you have time to explore the many exhibits.

With a style and tradition befitting one of Memphis' grandest, most legendary hotels, The Peabody Memphis offers a magnificent bridge between the "Blues City's" celebrated past and cosmopolitan present.

Boasting modern and inspiring features, Renaissance Nashville Hotel is a luxury haven in legendary Nashville, Tennessee. Our Music City hotel is situated in the heart of downtown, attached to Fifth + Broad and moments from attractions like Bridgestone Arena and Music Row. Recharge in luxurious hotel rooms and suites with plush bedding, expansive workstations, marble bathrooms and striking views of downtown Nashville.

Flights to New Orleans and returning from Nashville with British Airways, accommodation throughout, shuttle transfer from New Orleans Airport to the hotel, 3 days compact car hire with fully inclusive insurance (pick up in Memphis drop off at Nashville Airport) and prepayable taxes. 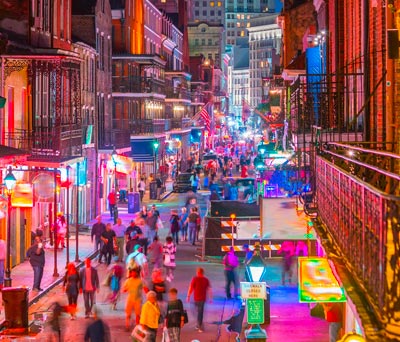 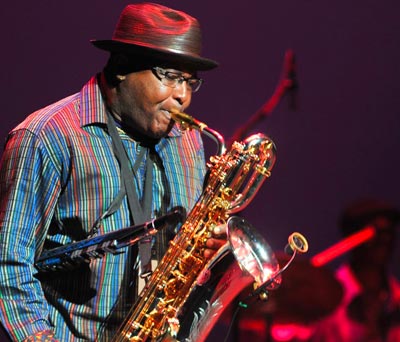 Perched above the mighty Mississippi, Memphis bustles with excitement and energy. It's full of fun and unique things to do, see, taste and experience however, what's sure to move your soul like few other places can is the city's rich history and incredible musical heritage.

At the heart of this musically rich city is iconic Beale Street, the birthplace of the blues, where artists like WC Handy and BB King began performing. Today the music and entertainment still pulse with three blocks of nightclubs, speciality shops, galleries and restaurants. At nearby Sun Studio, you can take a guided tour and discover where a veritable roll call of music royalty began their recording careers, including Elvis Presley, Johnny Cash, Jerry Lee Lewis and Roy Orbison. You can also learn about music pioneers at Memphis Rock 'n' Soul Museum while at Stax Museum of American Soul Music, see where greats such as Otis Redding and Isaac Hayes launched their careers.

Be sure not to leave Memphis without seeing Graceland, home of Elvis Presley and the most famous rock 'n' roll residence in the world. See the Jungle Room, the Pool Room and TV Room; see an amazing array of his stage clothes and Grammy awards; and learn how his revolutionary style and unique sound changed the face of popular music and culture forever.

At the National Civil Rights Museum, which is located at the Lorraine Motel in Memphis, exhibits include the room in which Dr Martin Luther King Jr resided and where in 1968 he was assassinated. At the historic Peabody Hotel in downtown Memphis, don't miss the daily ritual of the marching ducks, while at Mud Island River Park you can explore the Mississippi River Museum.

When it comes to dining in Memphis, the speciality is barbecue with more than 100 restaurants to tempt you, but there's also comfort to be found in Southern-style soul food, authentic Italian and Mexican cuisine, burger joints, breweries and bars.

Premier Holidays offer a fantastic selection of hotels in Memphis, see our brochure for further details. 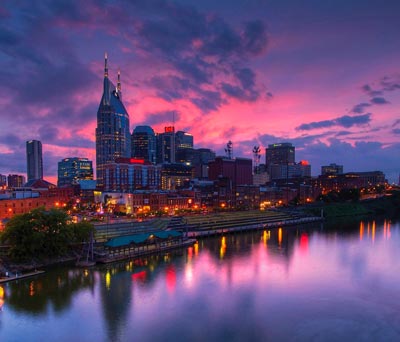 Big-hearted Nashville, or ‘Music City USA’, is heralded as the undisputed capital of country music. The ever-present creative vibe and entrepreneurial spirit is deep rooted and extends throughout the city to the art, culture and food.

Kick off your Nashville experience with a day at the Country Music Hall of Fame and Museum, which features ever-changing exhibits on the legends of country music past along with today’s hottest stars. Take a tour of Music Row and visit historic RCA Studio B, the famous recording studio where Elvis recorded more than 200 songs or perhaps head to the Johnny Cash Museum. Backstage tours are available of the Ryman Auditorium – you can even record your own song at the studio – or alternatively, try and catch a performance from the stars who regularly grace the stage of the Grand Ole Opry. Alternatively, try and catch the stars of tomorrow at some of the small, intimate clubs all over Nashville, such as the famous Bluebird Café in Green Hills and The Listening Room Café in downtown; or try the many clubs along the Honky Tonk Highway.

Nashville’s art scene is booming with art galleries, festivals, art crawls and more. In Centennial Park, you’ll find The Parthenon, a full-scale reproduction of the ancient Parthenon in Athens, which houses and art gallery and museum. Other options include the Frist Centre for the Visual Arts, the Wedgewood/Houston galleries and the downtown 5thAvenue art galleries.

The Hermitage was the home of President Andrew Jackson and is one of the largest, most visited presidential homes in the United States. There’s also Belmont Mansion, an Italianate Villa, constructed between 1849-1853, which was the home of socialite Adelicia Acklen and her family, and was one of the most elaborate antebellum estates in the south.

Nashville’s emerging culinary scene is also putting it on the gastronomic radar. From Southern fare to haute cuisine and literally everything in between, Nashville’s palate offers it all.

Premier Holidays offer a fantastic selection of hotels in Nashville, see our brochure for further details.

Where to stay in Deep South American Queen Cruise & Stay