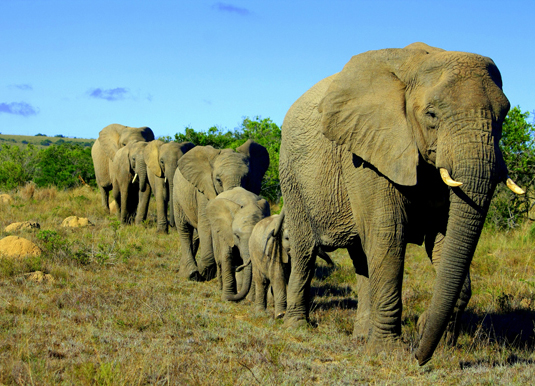 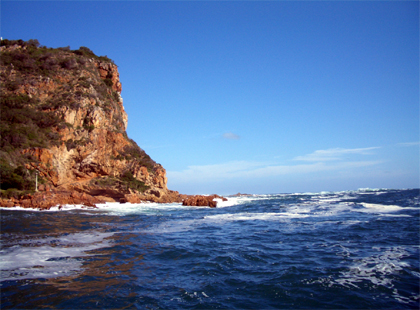 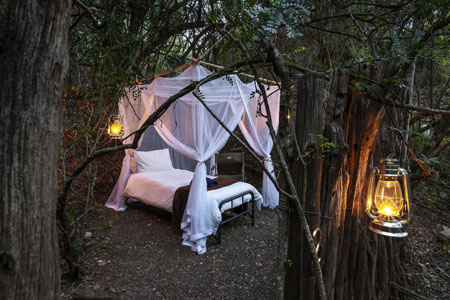 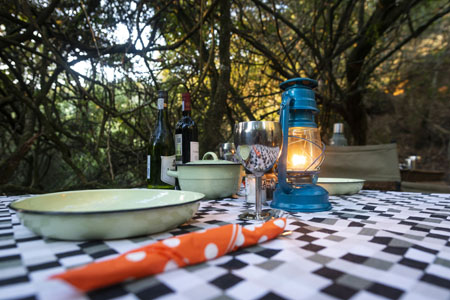 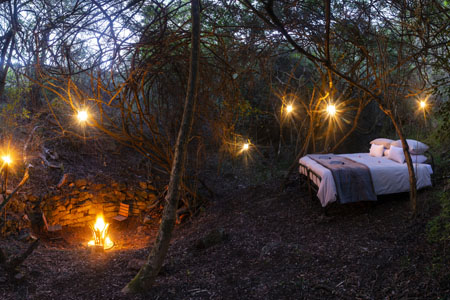 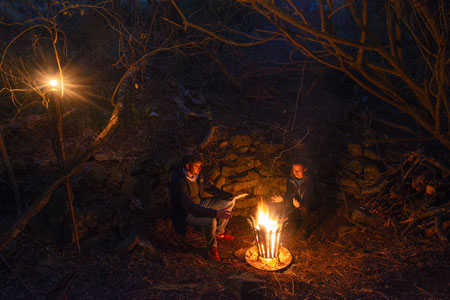 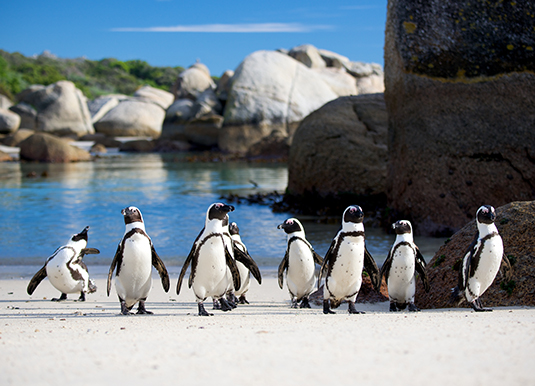 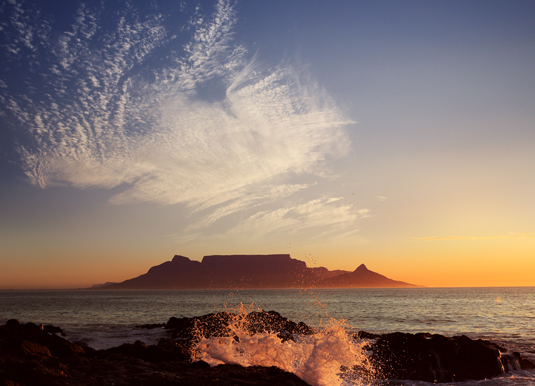 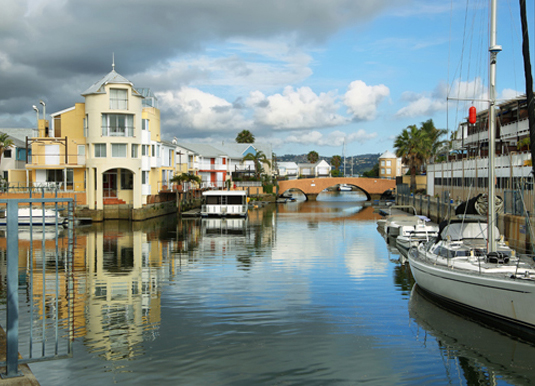 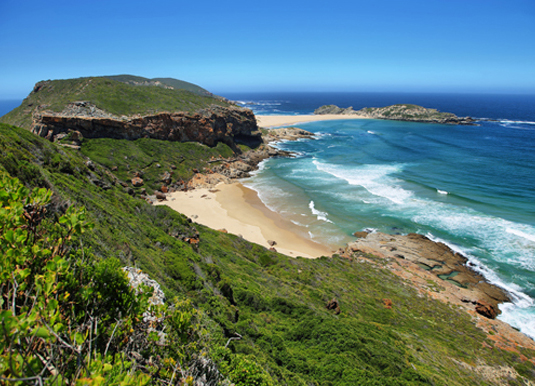 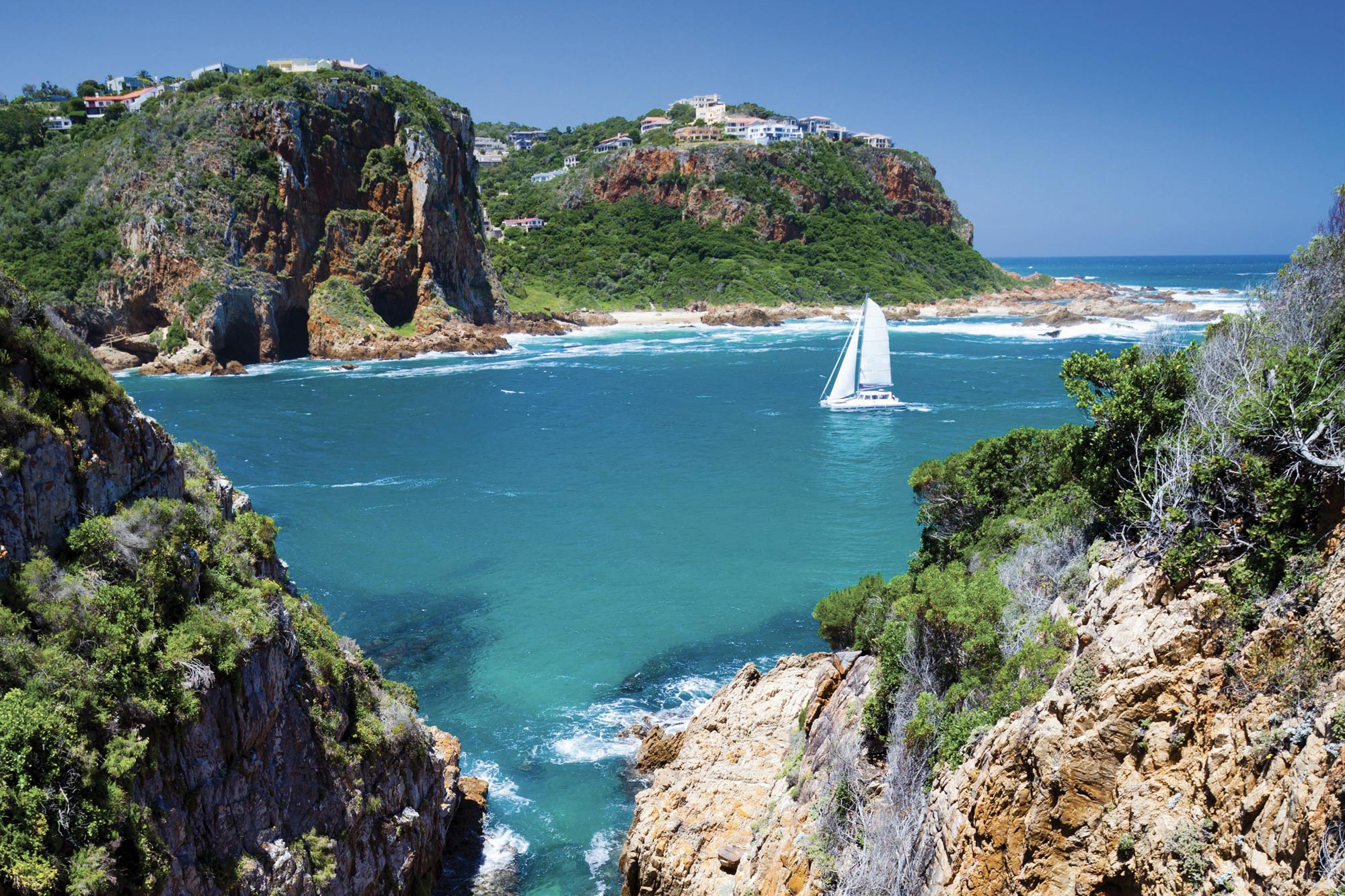 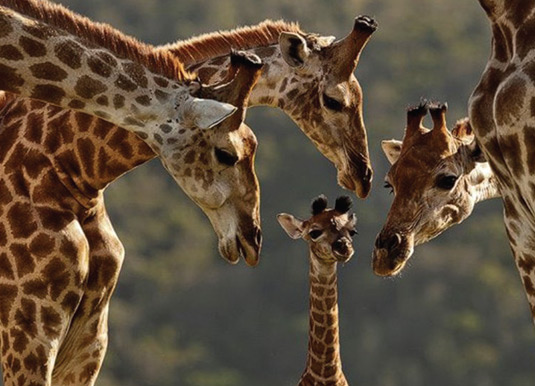 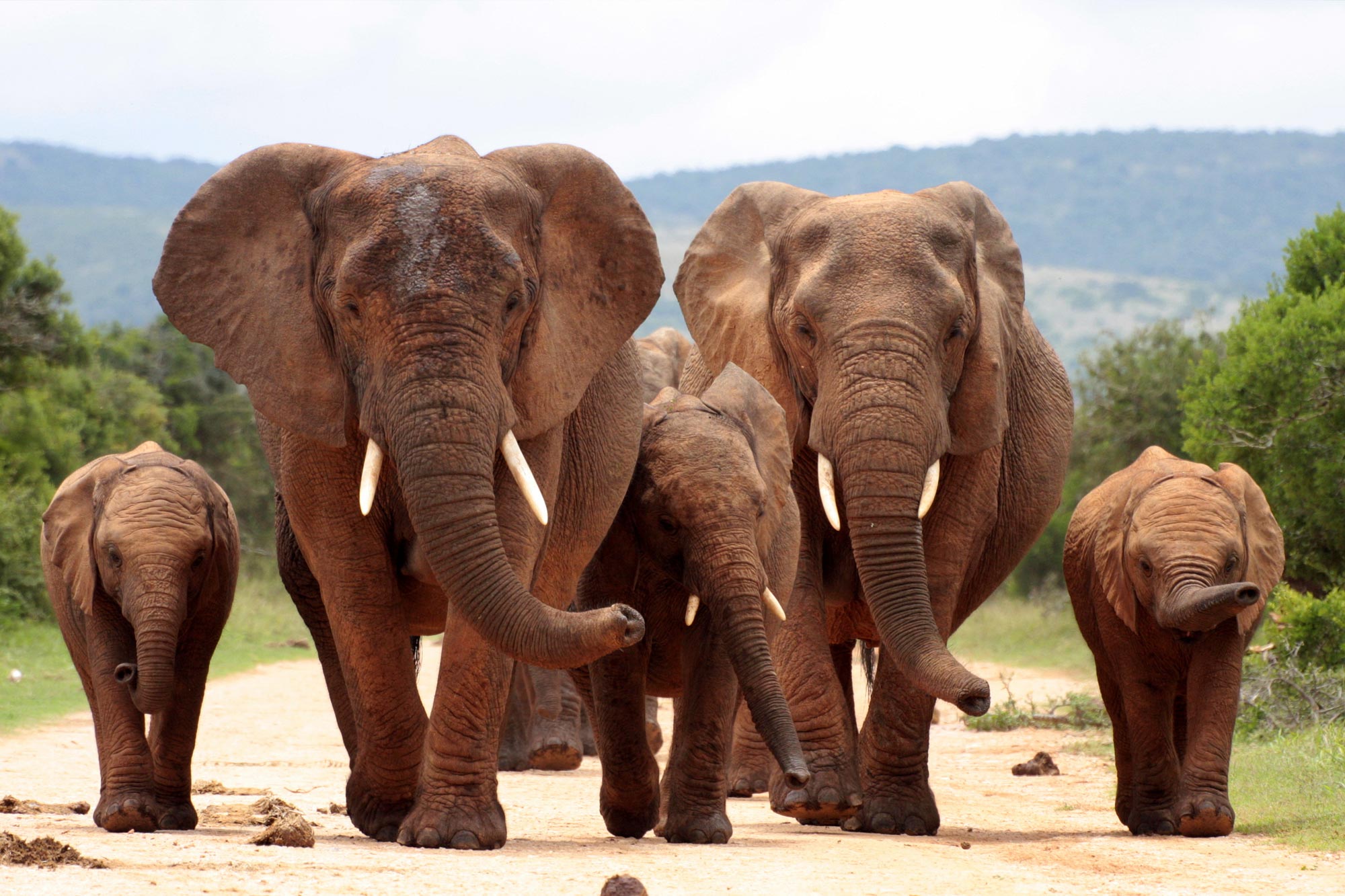 Expect a warm welcome and timeless elegance at this sophisticated hotel, along with an eclectic mix of modern and classic comforts.

The gracious and elegant Elephant Lodge is part of a family owned property located in 2500 hectares of mountainous virgin forest which gives refuge to free roaming wildlife including buffalo, leopard, eland and giraffe. The wildly romantic adult only Star Gazer camp is the perfect place to forget about the world around you and sleep under the starry skies. A truly unique and special experience.

Flights to Cape Town and returning from Port Elizabeth via Johannesburg with British Airways and Comair, accommodation throughout, transfers in Cape Town, 7 days group C car hire to be picked up when leaving Cape Town and prepayable taxes.

Regional Departures: Regional supplements are available from Manchester from £230, Belfast from £230, Newcastle from £230, Edinburgh from £230, Glasgow from £230. Other regional airports may be available, please ask for details. 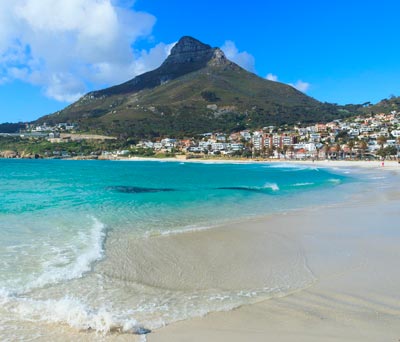 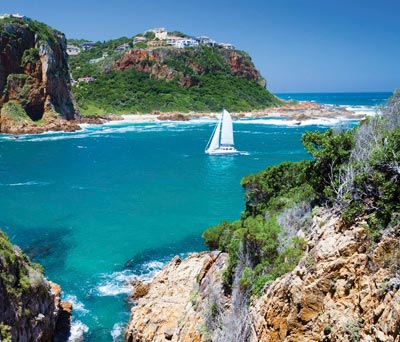 Stretching just over 180 miles between Mossel Bay and Port Elizabeth, the Garden Route boasts one of the wildest and most staggeringly beautiful coastlines you will ever see. Discover also picturesque lagoons and lakes, lush forests, majestic mountains, stunning sandy beaches and seemingly millions of things to do and explore.

A drive along the Garden Route should ideally be spread out over four or five days, taking in some of the must-see towns and attractions.

An ideal starting point, Mossel Bay is a holiday hotspot with an expansive bay, safe swimming beaches and mountain backdrop. The town centre boasts historically-significant buildings, it’s a great spot for adrenalin sports or boat trips for a glimpse of Cape fur seals.

Easy-going George is the region’s biggest town and lies in a fertile valley watched over by the Outeniqua Mountains and with the Indian Ocean on its doorstep. Enjoy year-round outdoor adventure, as well as the historic centre with some magnificent landmarks and fascinating museums.

Inland is Oudtshoorn, the principal town of the Little Karoo region and ostrich capital of the world with around 400 farms. Nearby are the spectacular Cango Caves, Africa’s largest show cave system with multi-coloured stalactites and stalagmites in an amazing range of formations.

Lovely Knysna sits around a huge natural lagoon which is connected to the ocean by a narrow gap between two cliffs, called The Heads. From leisurely relaxation, high energy adventure and sporting activities to shopping, haute cuisine and renowned Knysna oysters paired with the locally brewed beer, visitors are spoilt for choice. Let’s not forget Featherbed Nature Reserve, an easy ferry ride from Knysna.

Upmarket Plettenberg Bay entices with golden sandy beaches and an array of activities including swimming with seals, cycling, sailing, fishing and scuba diving. At nearby Robberg Nature Reserve, there are a variety of walking trails in a gorgeous setting and sweeping vistas over the shoreline and sea. Also close by is stunning Tsitsikamma National Park, a hiking and sporting paradise, while this whole area is a top location for whale watching from land, particularly in the winter months.

The little town of Cape St Francis is all about the white sandy beaches and historic Seal Point Lighthouse, which has stood watch since the 1800s. It’s also an eco-lover’s destination thanks to an abundance of nature reserves and a fantasic coastline for surfing, windsurfing, canoeing and more.

Last and by no means least is Port Elizabeth, the country’s fifth largest city and superb value-for-money holiday base. Attractions include wide beaches, scenic parks, an impressive promenade, nature trails and historic heritage. From Port Elizabeth, it’s just a short hop to many of the Eastern Cape’s private game reserves. 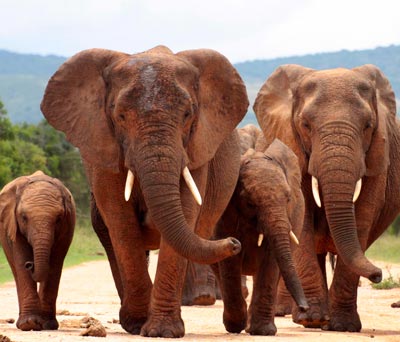 Regarded as South Africa’s ‘wild’ province, the Eastern Cape features expanses of beach, bush and forest with a wealth of thriving flora and fauna, including the Big Five, namely lion, elephant, rhino, buffalo and leopard.

Additionally, this is a malaria-free zone, making it a fabulous safari destination for the whole family. Guided game drives at each of our featured private game reserves fulfil the thrill of viewing a large variety of magnificent animals in their natural habitat.

If you are keen to see elephants then make a beeline for Addo Elephant National Park, South Africa’s third largest national reserve. Established in 1931 to save 11 elephants, the park now has over 600 of them. Just over an hour’s drive from Port Elizabeth, in the Sunday’s River Valley, Addo can also exclusively claim to be the world’s only national park to conserve the Big Seven - the aforementioned Big Five as well as the Southern Right whale and great white shark off the Algoa Bay Coast.

Within the Eastern Cape, is the Wild Coast, a region of untamed wilderness with rugged beaches, secluded bays, remarkable rock formations and green hills that rush headlong into deeply etched river valleys. This is also the Xhosa tribal heartland with thatched huts dotted across the gently rolling hills, and the birthplace of Nelson Mandela. Visit the fascinating Nelson Mandela Museum at Qunu for an inspiring journey through his life.

Further regional insights can be found in Grahamstown, a melting pot of the many and varied cultures that have met and mingled here over the last 200 years. With more than
70 heritage sites, Grahamstown offers the largest collection of Georgian, Victorian and Edwardian architecture in the country. The town is also renowned for the annual National Arts Festival, the biggest celebration of the arts on the African continent.

In the Eastern Cape’s northwest is the Karoo, a stirring landscape of flat-topped mountains and arid plains stretching for hundreds of miles. Once regarded as good for little other than sheep and ostriches, in recent years it has become distinctively hip as creative urbanites have established galleries, design studios and imaginative restaurants.

Where to stay in Cape Town, Coast & Nature Reserve Self-drive